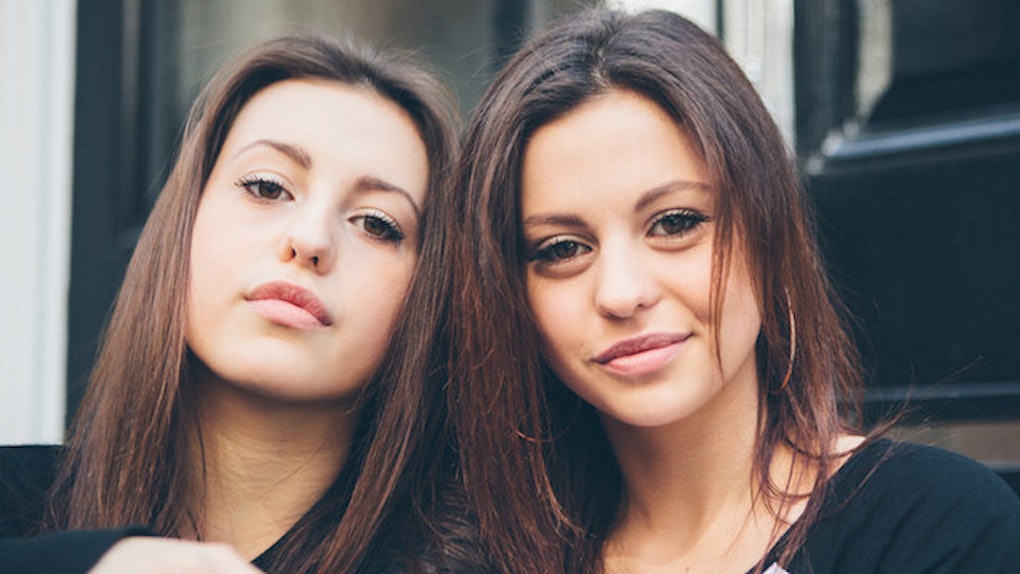 Science Says You Probably Have A Doppelgänger Somewhere In The World

An assistant professor at Cornell University says the concept of having an unrelated identical twin is less a cool mysterious gift this beautiful world gives us and more a boring genetic math probability game.

There! You've ruined doppelgängers! Are you happy now, SCIENTISTS?!?!?! Always taking the fun out of everything...

The idea behind this theory was posed by Michael Sheehan, an assistant professor of neurobiology and behavior, and explained in an interview with LiveScience.

Sheehan says although there are large amounts of aesthetic variables our genetic makeups can churn out, at the end of the day there are only a finite amount of possibilities.

There is only so much genetic diversity to go around... If you shuffle that deck of cards so many times, at some point, you get the same hand dealt to you twice.

More bluntly, Sheehan believes there is a high probability of people in this world having doppelgängers because there are only so many ways faces can be structured.

Dr. Arthur Beaudet, a professor of molecular and human genetics at Baylor College of Medicine, told LiveScience because how we look is decided based off of our genetic makeups, doppelgängers could actually be distant relatives, whether the pairs know it or not.

The only thing I took from this article is there are two Channing Tatums running around this planet, and now I have an idea for how to make "Magic Mike 3x" the best movie of all time.

Citations: Do YOU have a doppelganger Expert claims chances are high as there is only so much genetic diversity to go around (Daily Mail)