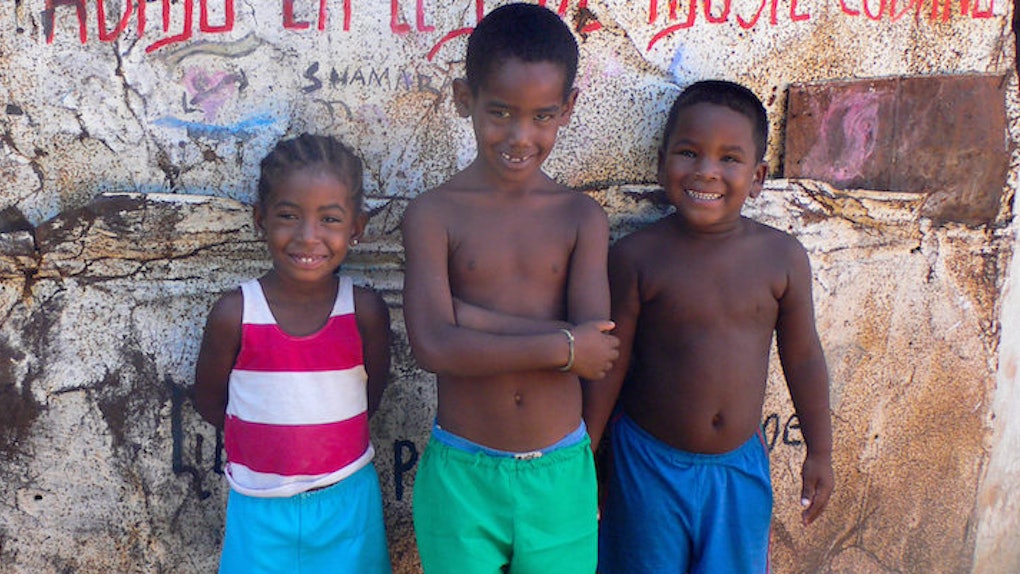 The Dominican Republic is home to a small town where some infants are reportedly born looking like girls, only to grow penises when they hit puberty.

According to Live Science, boys with this rare, genetic condition known as 5-alpha reductase deficiency are called "Guevedoces," which basically translates to "penis at 12."

"Guevedoces" do not appear to have testicles or penises when they are born.

One such boy is Johnny, who seems to have always known he was male even though he was called Felicita before male genitalia appeared.

He told the BBC,

I never liked to dress as a girl and when they bought me toys for girls I never bothered playing with them -- when I saw a group of boys I would stop to play ball with them.

A 7-year-old currently known as Carla faces a similar predicament.

When she turned 5 I noticed that whenever she saw one of her male friends she wanted to fight with him. Her muscles and chest began growing. You could see she was going to be a boy.

According to the BBC, the cause for 5-alpha reductase deficiency was uncovered by Weill Cornell Medical College's Dr. Julianne Imperato-McGinley in the 1970s.

Dr. Imperato-McGinley found the condition is caused by the lack of the enzyme 5-alpha reductase, which is crucial in testosterone's conversion into dihydrotestosterone.

After boys with 5-alpha-reductase deficiency experience increases in testosterone at puberty, their testicles descend and penises grow.

Pharmaceutical firm Merck began researching this side effect in 1974, leading to the creation of a tremendously successful drug called finasteride. The drug impedes prostate growth by preventing 5-alpha reductase from turning testosterone into dihydrotestosterone. Finasteride is reportedly widely used today by men with benign enlarged prostates and male pattern baldness.