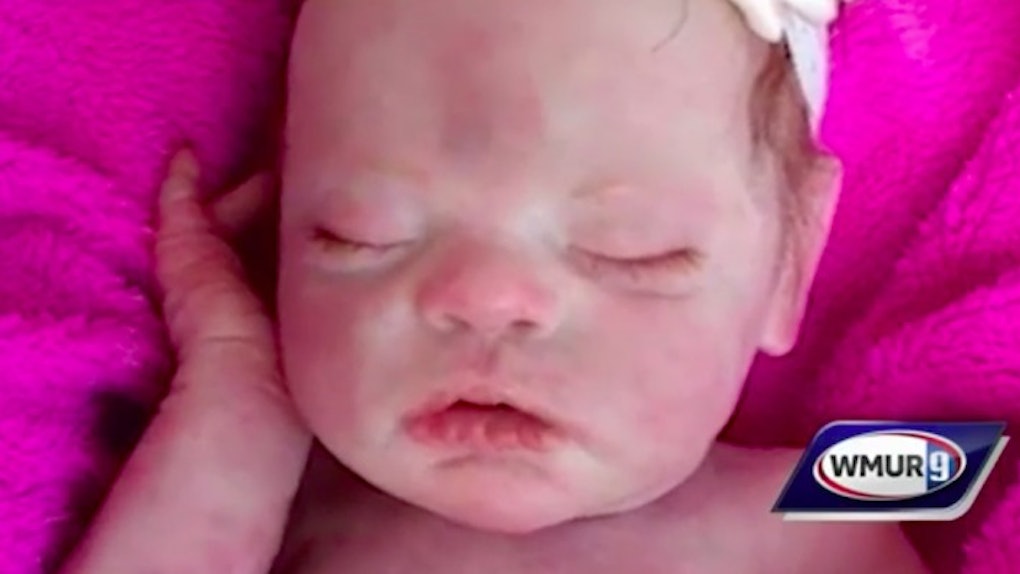 Doll Left In Hot Car Was So Realistic, A Police Officer Performed CPR On It

A doll was so life-like a police officer smashed a car window and performed CPR on it because he thought it was a real baby.

Lt. Jason Short, of Keene police in New Hampshire, rushed to a shopping plaza after a someone alerted the police to what they thought was a small child trapped inside a hot car.

I got there as soon as I could. I don't know how fast I was going, but it was quick. It was draped with a light blanket, and I could see little feet out with the non-soled shoes and a bottle of milk.

Short used his baton to break the glass when he thought the baby was dead and began performing CPR. He continued,

It Looked lifeless, looked dead. And I went to put my finger in its mouth and it was all resistance, and I'm like, 'This is a doll.' It felt like a baby. It looked like a baby.

The doll is one of around 40 owned by Carolynne Seiffert of Brattleboro, Vermont.

She began collecting them after the death of her son. She said,

I've been laughed at and embarrassed by all the fuss. You can't know how people choose to deal with their losses in life.

The police department agreed to cover the cost of Carolynne's broken window.