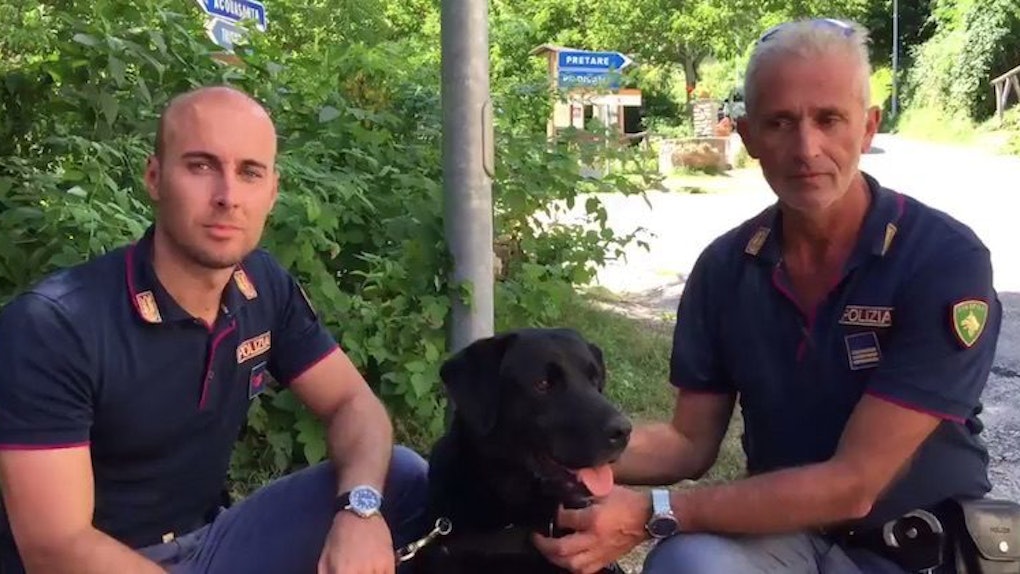 We have more proof that dogs are our very best friends, as if we really needed it.

This past week, Italy was struck by a 6.2-magnitude earthquake that left at least 267 people dead.

Rescue crews have been working tirelessly to find people trapped in the rubble in towns that were left decimated by the devastating quake.

In the midst of this effort, dogs have emerged as heroes, Mashable reports.

Two officers from Pescara del Tronto, Matteo and Liborio posted a video to Twitter that explained how Leo, a black labrador, helped rescue an 8-year-old girl named Georgia who was trapped for 16 hours in the ruins of her home.

This is Leo, the 4-and-a-half-year-old labrador from the search and rescue team of Pescara who found little Georgia yesterday. Yesterday, we were given the information that under a two-story collapsed house in Pescara del Tronto, there were two missing girls. Immediately, we went to the location and Leo, in less than 40 seconds, gave us a strong signal. With our colleagues from the Reparto Mobile Senigallia and the firemen, we dug with our bare hands for nine hours. And at the end, we were able to find the girl.

Another dog, a German shepherd named Sarotti, was also instrumental in the rescue of a 10-year-old girl trapped in rubble in Amatrice.

Lorenzo Botti, a firefighter from Rome, told the Guardian there are roughly 50 sniffer dogs aiding in the rescue effort in Amatrice, which was hit especially hard by the quake.

There are thousands of people from Italy and across Europe aiding in the rescue effort, and dogs are clearly an integral part of this enormous and important task.

Tragically, not everyone the sniffer dogs help find is still alive.

Dogs truly are the real MVPs of our entire existence. They give us companionship, joy and even act as our rescuers.