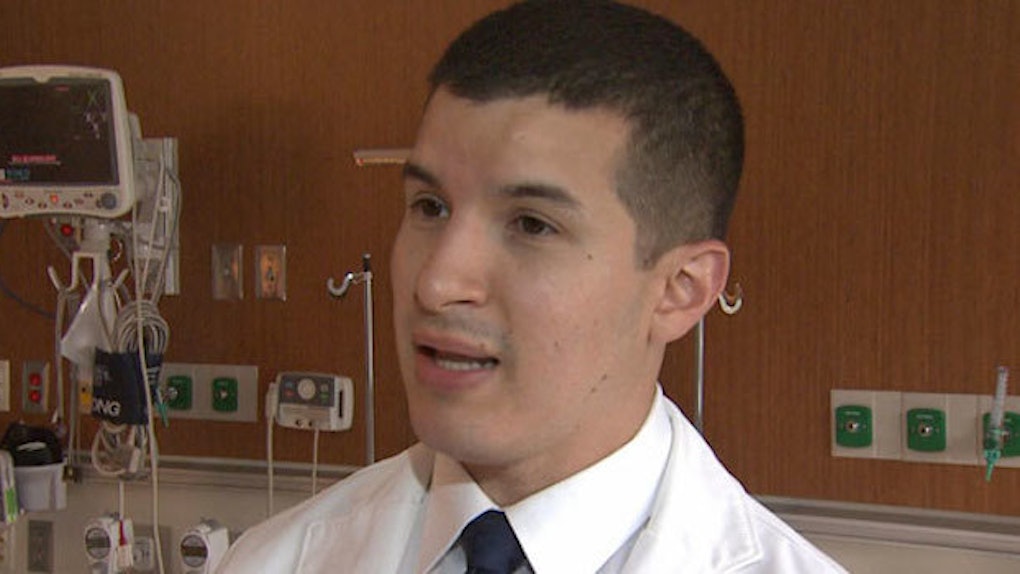 This Doctor Claims He Can Actually Feel His Patients' Physical Pain

A Boston neurologist apparently possesses a rare condition that is both a blessing and a curse for his profession.

According to Daily Mail, Dr. Joel Salinas of Massachusetts General Hospital has mirror-touch synesthesia, meaning when he looks at someone having a physical sensation he is able to experience a similar feeling.

While he does not feel the same amount of pain as someone he's observing, Dr. Salinas claims to experience a sort of uneasiness in the same part of the body as the person he sees.

He told CBS Boston he first became aware of the condition as a child when he would watch someone get hugged or hit and feel his body being touched in a similar way.

I remember one patient who unfortunately had an amputation of the arm from an accident and I remember feeling as though my arm was dismembered and I could feel the blood...

But, he believes the condition also "empowered" his ability to understand the suffering of his patients and form bonds that are tremendously beneficial to his bedside manner.

Named after the mirror neurons affected by the condition, 1 to 2 percent of the global population suffers from mirror-touch synesthesia.

These neurons determine how the body reacts when one views another person having an intense physical experience.

We often flinch when we see someone knock their arm, and this may be a weaker version of what these synesthetes experience.

Dr. Salinas told CBS Boston some mirror-touch synesthesia patients tend to drown in the constant assault of sensations and often develop anxiety or depression. But, he trained his mind to prevent the condition from impeding his focus.

At this point, Dr. Salinas said, he simply wouldn't feel like himself if his symptoms ceased to exist.

Citations: Meet the doctor who physically FEELS what his patients are going throughand has even experienced the sensation of having his arm amputated (Daily Mail), Boston Doctor Physically Feels What His Patients Feel (CBS Boston)