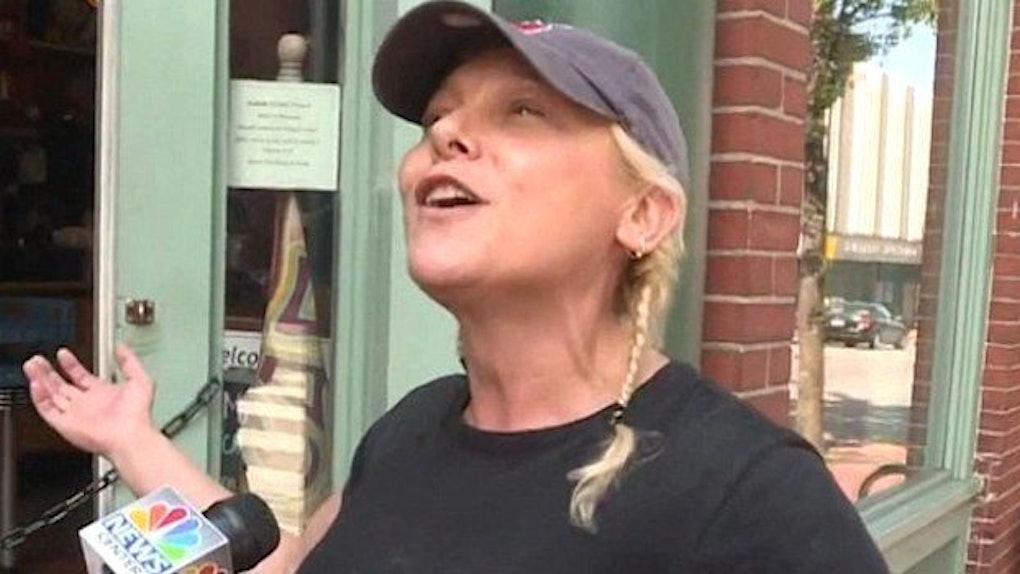 As far as I'm concerned, this diner owner is a national hero.

We've all been in dining situations where we've been placed at a table next to a crying child whose parents seem incapable of reigning in his or her screams.

The only difference between us and Darla Neugebauer is that when we are in this situation, we usually sit back and quietly eat our eggs as if nothing is happening, while Darla literally does just the opposite.

Darla Neugebauer, the owner of Marcy's Diner in Portland, Maine, has been dealing with a barrage of praise and criticism after she yelled at a 2-year-old child she said had been crying for 40 minutes in her restaurant.

The social media debate on whether or not Darla was justified in her actions all started after Tara Carson, the mother of the crying kid, went to the restaurant's Facebook page to voice her complaints about how Darla handled the situation.

Darla defended her actions with a profanity-ridden comment on the post where she called out the parents for how they were dealing with their screaming child.

Feeling more needed to be said, Darla went back to the restaurant's Facebook page the next day to defend her actions even more, and she gave a clearer play-by-play of the events from that particular morning.

She even finished off the post with a small humblebrag about how many pancakes she made after they left.

As the story gained traction, more and more people flocked to the Marcy's Diner Facebook page to voice their support -- or occasional criticism -- of Darla Neugebauer and her "YOU SHALL NOT PASS"-esque shutdown of the crying kid.

Darla told WCSH reporters, "I wouldn't say I was sorry because it stopped. When things stop, it's usually a good thing.”

Twitter soon filled up with users either backing Darla's decision to end the crying...

Marcy's Diner @MarcysDiner I like you. I'm glad you drew the line, I mean somebody has to. #balls #marcysdiner — Babs (@Cocolicquot) July 20, 2015

...or claiming she crossed the line by yelling at someone else's kid.

Re: Marcy's Diner. I know those feelings, but not acting on them part of being an adult, otherwise no different from the 2 yr old's actions. — Chris Colter (@countofbluecars) July 20, 2015

So seems like my non-conscious decision to never go to Marcy's Diner was probably a good one. — Jake Pierson (@JakePNI) July 19, 2015

#TeamDarla also came out on Marcy's Diner Yelp page to try to give her restaurant a 5-star boost.

Is Darla Neugebauer a maniac with a spatula and a griddle or just a restaurant owner trying to give her customers some peace while they eat?

You can watch more on the story here:

Citations: It made her shut up which made me happy Diner owner under fire for yelling at crying toddler 2 defends her actions (Daily Mail)