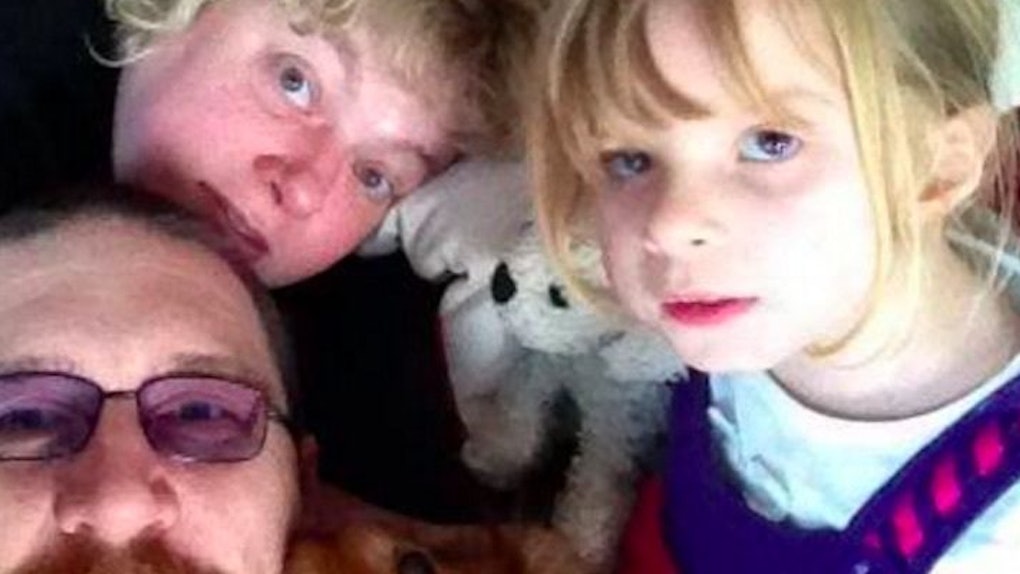 Darren Flux-Edmonds allegedly drowned his 6-year-old daughter in a bathtub as punishment after his wife separated from him, MailOnline reports.

The 44-year-old man believed to have murdered his daughter, Keziah Flux-Edmonds, after her mother, Nikki Flux-Edmonds, went to work for an hour.

While Nikki was gone, the troubled father-of-one reportedly drowned Keziah and her two terrier dogs the bathtub of his ex-wife's home, where he was babysitting the child.

Then, he allegedly propped Keziah's lifeless arms around the deceased canines in the master bedroom of the house.

When Darren was finished, he hung himself.

Before Darren began his killing spree, he allegedly sent Nikki a disturbing text message 25 minutes after she left for work.

Apparently, the long message began with, "Congratulations," and ended with, "You have left me with nothing, I'll leave you with only memories."

Nikki couldn't respond right away, but soon pulled over and called the police when she read it in its entirety. She immediately turned around and drove home after notifying authorities.

Matthew Romsey, one of the first officers who arrived at the scene, allegedly found Darren hanging when he entered the home.

Soon after, Romsey discovered Keziah's body in the master bedroom of the home. Describing the scene, he reportedly said,

On a bed was a young small child. She was laying on her back and her head was to the left. She appeared to be in her pajamas, on each side of her was a dog.

During the moments he discovered the young girl's body, which was positioned so she was holding her lifeless dogs, her mother was allegedly yelling for her to "come out" if she was hiding.

However, Romsey warned another officer at the scene to make sure Nikki didn't walk in to see her daughter's body propped on the bed.

After attempting to revive Keziah, she was brought to St Mary's Hospital in Newport on the Isle of Wight, but died later that day.

It's been concluded by the police that the killing of the 6-year-old child in June 2016 was unlawful, and that she was in fact "forcefully submerged" by her father into the bathtub of her own home.

Apparently, Darren had been suffering from depression after Nikki separated after 12 years of marriage.

It's been reported he went to therapy and had dreams of himself killing Nikki and Keziah, but it was believed he would never take action on his horrific visions.

According to MailOnline, Darren saw his daughter quite often, and Keziah "loved him."

She was my world. Darren has killed my baby and my boys [the dogs]. He was petrified I was going to go with someone else and did that to punish me.

Since Kesiah's tragic death, neighbors, friends and family have been leaving notes, flowers and gifts in front of Nikki's home.