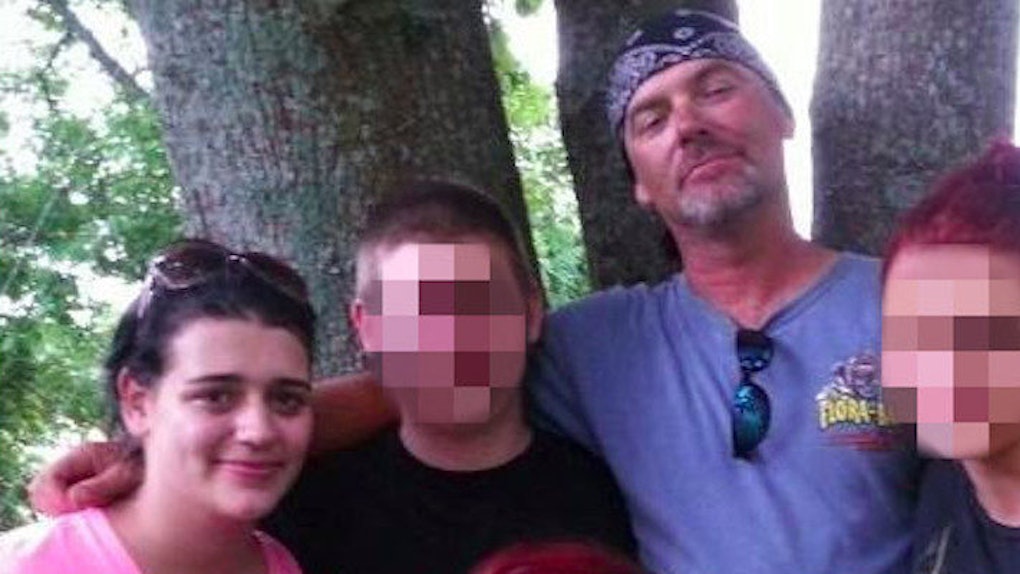 A man has been sentenced to 40 years in prison for killing his daughter's sexual abuser.

Jay Maynor, 43, of Cullman, Alabama, took the lengthy prison time as part of plea deal so Julia, 24, didn't have to testify in court.

The mother of three was molested by her maternal grandfather Raymond Brooks multiple times between the ages of 4 and 9.

Brooks pleaded guilty to sexual abuse and was jailed in 2002, but only served 27 months of his five-year sentence.

Then in June 2014, Julia's father shot Brooks dead in revenge for attacking his daughter.

In an interview with WVTM 13, Julia said,

My granddad molested me as a child. I vaguely remember, like, I can still remember his smell, which is awful for me. I've overcome PTSD. Now I'm having to overcome something that hasn't happened in 14, 15, 16 years.

She said the pain is far from over, and her marriage is suffering as a result. According to the Daily Mail, Julia continued,

Me and my husband are now going through a divorce because of it. I've completely pushed him out of my life because I'm back in that mind state, even though we're married and have three kids. I know it's wrong. I just thought it was better to separate than to keep making him miserable with my miserable life.

In another interview with AL.com, Julia said, "My father was protecting me, like a father should do."

He is an amazing father — actually the best. He loves us so much. Basically he took it so that I didn't have to relive the molestation and also be on the stand in front of a bunch of people talking about and bringing back memories of the molestation. Everything comes back to me as to why this has happened. I'm sad but yet mad. [caption id="attachment_1696161" align="aligncenter" width="306"]Facebook[/caption]

Julia added she feels guilty for what has happened is still "going through hell."