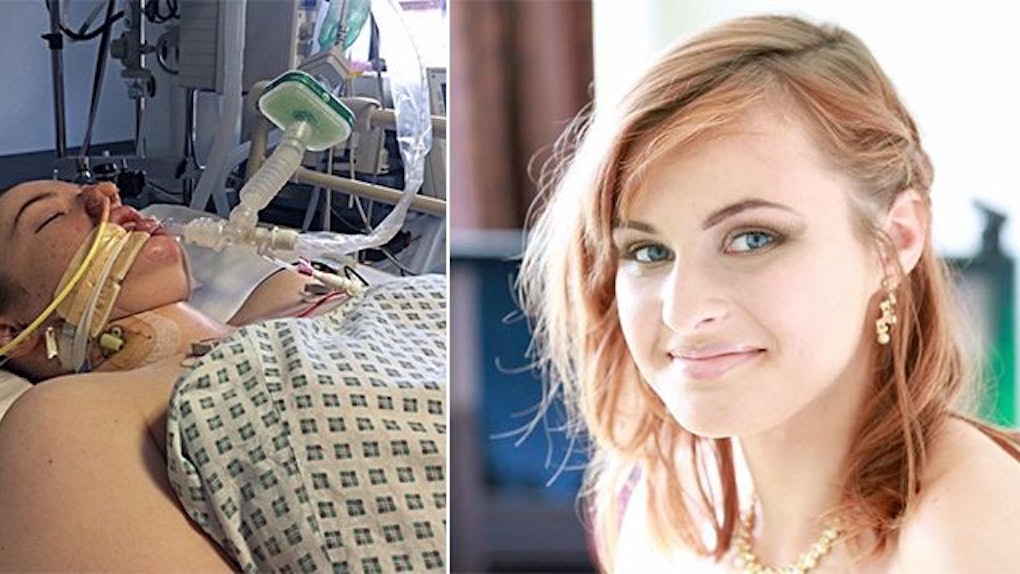 Dad Shares Photos Of Bullied Daughter Who Hanged Herself

A heartbroken father took photos of his bullied daughter in a hospital bed moments before she died. On March 8, he shared them online in honor of her 18th birthday.

Adrian Derbyshire's daughter, Julia, attempted suicide in October 2015 when she was 16 years old after suffering from online bullying, MailOnline reports.

Derbyshire found Julia collapsed inside their England home and rushed her to the hospital, where she remained for five days until her life support was unplugged.

Though Derbyshire struggles to look at the photos, he felt the need to share the pictures on his Facebook page. By doing so, the 42-year-old father hopes to raise awareness for an anti-bullying committee he created in honor of his daughter, called SASSY, Support Against Self-harm And Suicide in Youth.

The caption alongside his photos of Julia is passionate:

I can't tell you all how I feel as I've gone past the line of devastation & loss but this devastating story of a beautiful young woman who had given up on herself and life due to others NEEDS TO BE HEARD. This will be difficult but I want you all to share this post. AWARENESS is the only way I know to support others and after reading this they may seek help and support.

As strong as Derbyshire sounds in his Facebook caption, he admitted sharing this was a difficult decision.

Releasing these photos was one of the hardest things I have had to do in my life. But I knew that I was going to them, obviously to help raise awareness, because I think that the cause is too vital to not use them. Instead of taking her out for champagne to celebrate her 18th birthday, I was placing flowers on her grave.

It's been reported Julia was born in the UK and moved to the United States when she was 4 years old.

The tormented teen moved back to England nearly 10 years later after suffering from self-harm and online bullying.

After moving back to the UK, Adrian tried to remedy her by involving her in his Belief Succeed campaign, but he was unaware that his daughter was still facing online ridicule. Apparently, Julia was using a false identity in online web groups that promotes self-harm and suicide.

Though reliving this wasn't easy, Derbyshire said he's been getting positive feedback from families who have suffered from similar scenarios in the past:

The response has been very overwhelming — I have had messages from families who have lost their teenagers and children and they have thanked for releasing the photos.

If you wish to supportDerbyshire's organization, head to @TheJDCampaign on Twitter and use the hashtags #SASSY and #InspireBelieveSucceed.

Citations: Harrowing final breaths of tragic teen, 16, who hanged herself to end her online bullying torment before her father switched off her life support (MailOnline)