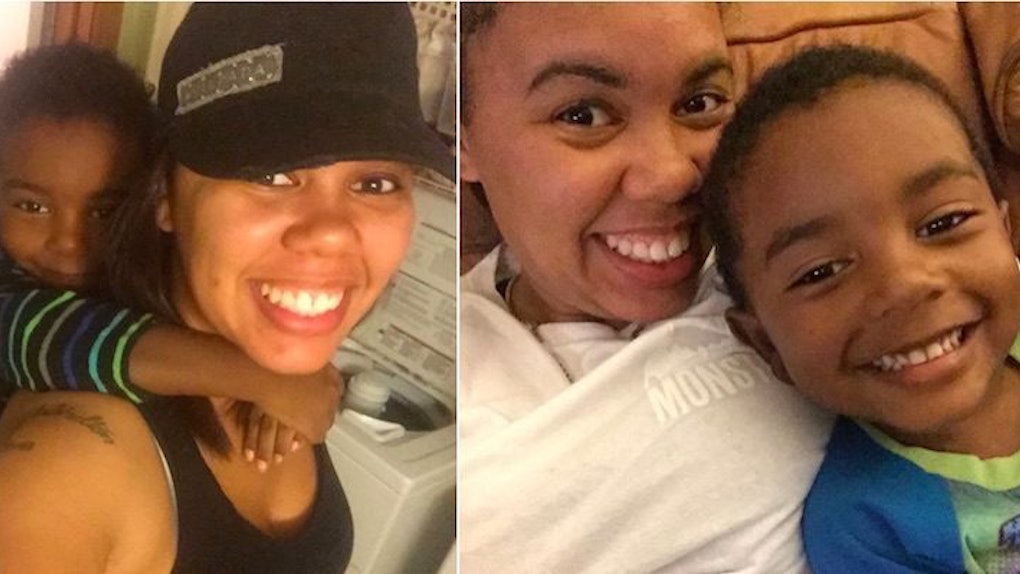 The world probably didn't need more evidence of the absurd levels of difficulty many people are facing in their efforts to adjust to this century, but here it is anyway.

One particularly entitled, garbage human, known on Facebook as Geris Hilton (real name reportedly Gerod Roth), exercised rights provided to him by societal norms of the early 19th century when he posted a selfie with a coworker's black son to his timeline and, along with pals, wrote racially-charged insults about the 3-year-old.

A predominant motif in the comment thread was slavery, but general poverty made an appearance as well.

According to News One, Roth was terminated from his job at Polaris Marketing Group, along with commentator Emily Irene Red, whose remark, “I didn't know you were a slave owner,” is likely the only (negative, useless) societal contribution she will ever be (briefly) remembered for.

The company released a statement via Facebook updating users on Roth's employment status.

The child's mother, Sydney, crafted a collage of photos of her son and posted them to Facebook, introducing him to the world in a positive light with #HisNameIsCayden.

This is Cayden Jace! The love of my life, the apple in my eye, my EVERYTHING. All this lovely personality wrapped up... Posted by Sydney Jade on Saturday, October 3, 2015

Supporters of Cayden Jace used the hashtag to voice their disgust over Roth's behavior.

Perhaps Roth can use the free time provided by his unemployment to build a time machine and find a career more suited to his general philosophy.