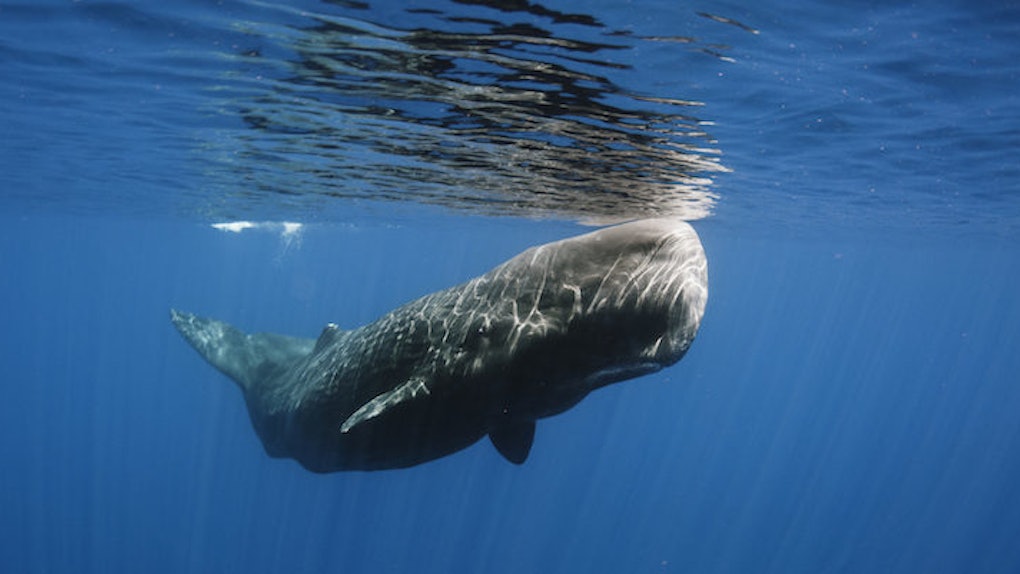 This Couple Discovered $71,000 Worth Of Rare 'Whale Vomit' On A Beach

A British couple stumbled upon a piece of whale vomit that may be worth tens of thousands of dollars.

According to The Guardian, Gary and Angela Williams were walking on Middleton Sands Beach in Lancashire, England when they began to smell what they thought was rotten fish.

The couple followed the smell to discover a grey, egg-like object a little smaller than a football weighing about 3 pounds.

It was down a section of the beach where no one really walks. It smells too bad, though. It's a very distinctive smell, like a cross between squid and farmyard manure.

The object felt like a candle and produced wax when touched.

The couple might have dismissed the object had the two not previously read about ambergris, which is secreted in the intestines of sperm whales in order to excrete hard, sharp things that were eaten.

Ambergris is sometimes known as whale vomit, though it's not clear if the substance is excreted or vomited.

The piece found by the Williams could be worth approximately $71,000, and it attracted potential buyers from France and New Zealand. Ambergris' remarkably high value comes from its rarity and ability to make the scents in perfume last longer.

Few natural substances are worth more by the gram.

Of his discovery, Williams said,

If it is worth a lot of money, it will go a long way towards buying us a static caravan. It would be a dream come true.

In 2013, a nearly 6-pound piece of ambergris found in Morecambe, which is near Middleton Sands Beach, was valued around $170,000.

Numerous countries, including Australia and the US, actually imposed bans on trading ambergris. The substance is not known to be taken from dead whales, but the bans were put in place to prevent further exploitation of the endangered creatures.

Citations: Lancashire couple hoping to cash in on 'whale vomit' windfall (The Guardian), Couple stunned after stumbling across chunk of WHALE VOMIT on beach - and it could be worth £50,000 (Mirror)