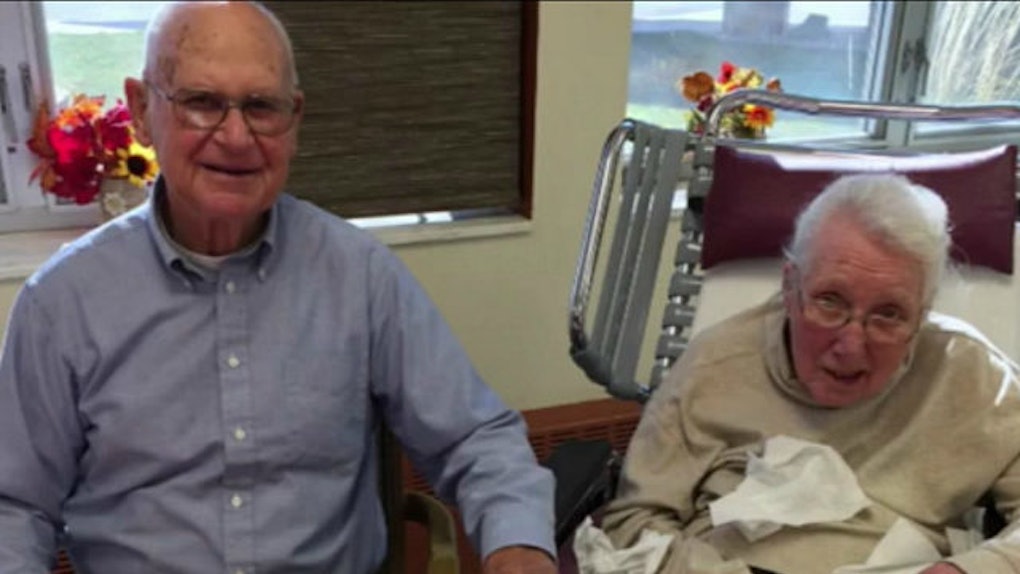 This couple truly went the distance together, all the way to the very end.

Henry and Jeanette De Lange had been married for 63 years when the two passed away on July 31 in their shared nursing home room. If you think this kind of love story only happens in movies, let this be the proof that sometimes a bond can form between two people that is stronger than life itself.

If Henry and Jeanette's story doesn't make you a little bleary-eyed, know that the South Dakota couple were in the same room together, holding each other's hands, departing only 20 minutes apart from one another. What's that? No, I'm not crying, my eyes are just sweating. OK, fine, I'm bawling.

Six decades together and they pass on the same day within the same hour? It's clear that their love couldn't be conquered, not even by death.

Lee De Lange, one of the late couple's sons, said,

We're calling it a beautiful act of God's providential love and mercy. You don't pray for it because it seems mean but you couldn't ask for anything more beautiful.

According to Lee, after he told his father that Jeanette had "gone to heaven," Henry too passed away, but not before taking one last look at his wife for the final time. The two leave behind five children.