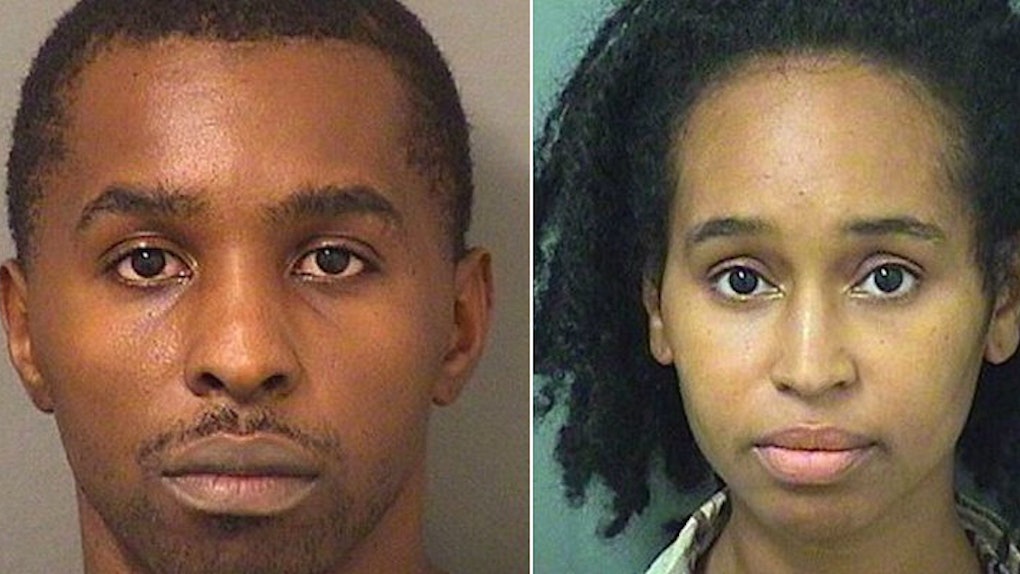 The deputy who discovered this unhealthy home base outside of a Walmart in Greenacres, Florida, became suspicious when a stench "similar to that of homeless camps" came from the vehicle.

When a deputy discovered the group, Barron allegedly told him they were living in motels for a year after the lost their home. After running out of money, they had to live from their car for two months, Palm Beach Post reports.

Inside the vehicle, the deputy discovered five children who were scarily thin and underweight. Their ages were 4, 5, 6, 8 and 14, and the 14-year-old raised the most concern.

Apparently, he only weighed five pounds more than his 8-year-old sibling. In the police report, he was described as "severely underweight to the point that his bones were clearly visible."

It's been reported the children only eat once a day, and their diets consist of salad and bread. They don't shower regularly, but when they do, it's in a lake at a nearby park.

To make matters worse, Barron said the children — whose relationship to the couple has not been disclosed — have never gone to school and were being educated inside the vehicle instead.

The way Barron and Hart have been neglecting these children is especially ironic, since the blog they started in 2014 promotes a healthy lifestyle.

In a shocking excerpt from the "About Me" section of the blog, the couple wrote,

The blog also states that Barron has his master's degree in rehab science/substance abuse, and Hart has a bachelor's degree is in speech communication.

When the deputy found the group, the couple was completely healthy and clean. On the other hand, the malnourished and unsanitary children were taken to the Palms West Hospital by the Department of Children and Families.

Barron and Hart are being held in Palm Beach County Jail and face a bail of $1,000.