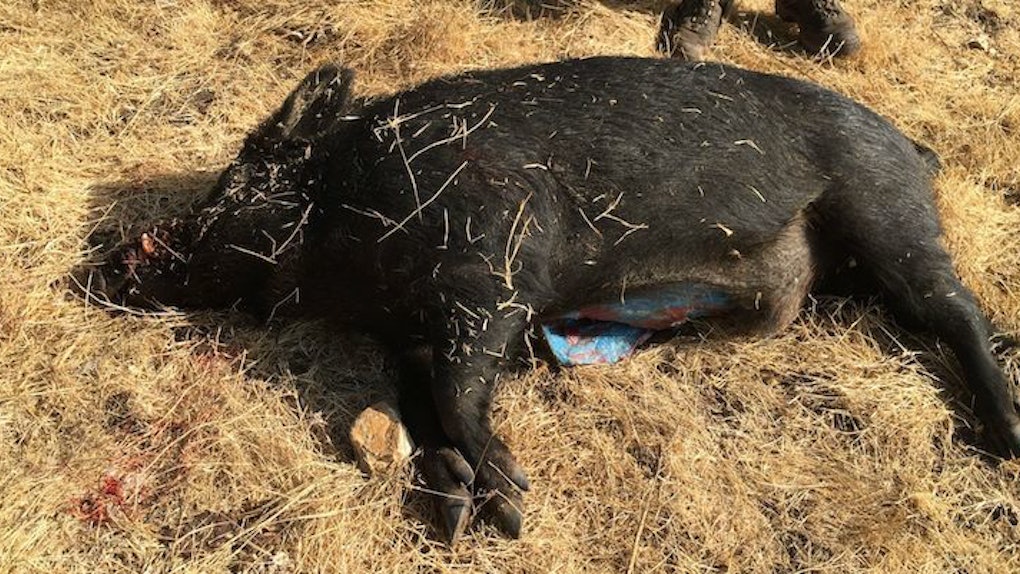 A California couple allegedly cut open a wild pig and couldn't believe their eyes. According to Imgur, the wild pig was traversing the couple's Morgan Hill, California ranch when the couple shot and killed it.

Once most of the pig's blood drained, they cut into the animal to prepare it for eating.

Underneath normal-looking skin was bright-blue fat, and the couple had no idea why.

The fat was blue all throughout the pig's body.

Its meat, blood and everything else, aside from its fat, were the expected colors.

The couple reportedly shot several other wild pigs on their ranch, but none looked like this pig.

A piece of the pig was sent to the University of California, Davis to determine what caused the odd pigmentation.

Several Imgur users suggested the coloring could come from a variety of poisonous chemicals used by farmers to kill pests.

Based on the comments, the most probable culprit appeared to be squirrel poison, which apparently turns the rodents blue so predators know not to eat them. No results from the lab have been revealed at this point.