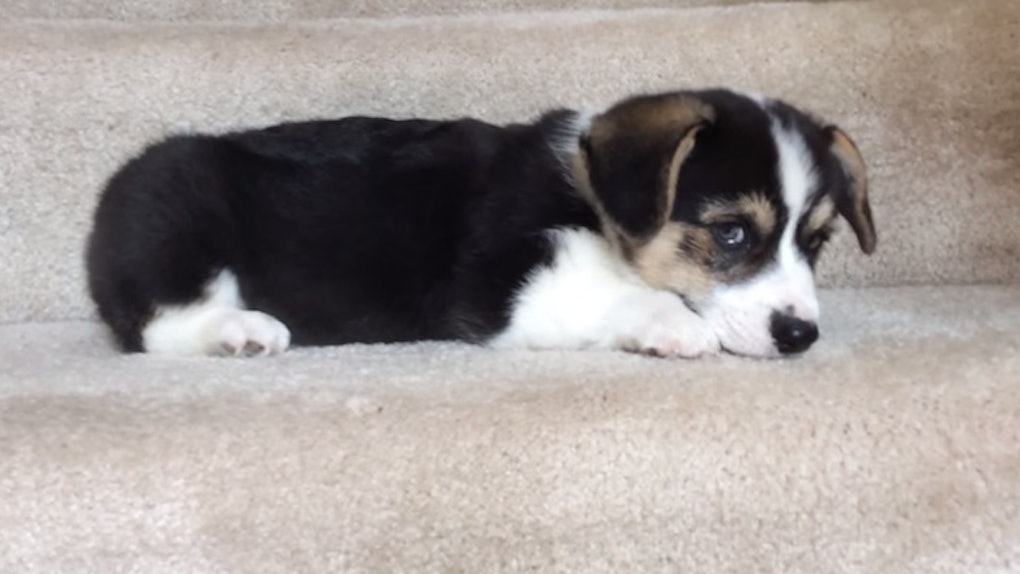 There is pretty much nothing cuter than a puppy, and this video is no exception.

Posted to YouTube by Alvin Hsu, the video features a 9-week-old corgi named Peanut Butter attempting to conquer a mountainous task: climbing down the stairs.

Little Peanut Butter eyes the stairs warily as his owner coaxes him on, eventually tentatively accepting the challenge.

The pint-sized pup approaches the stairs with trepidation and slowly manages to wiggle his way down the first carpeted step.

But his second attempt isn't so lucky as he misses the landing, squealing adorably as he tries to regain his footing.

Once he's on all four paws, he resigns, climbing back up those two scary steps and back to safety.

The clip is easily the cutest thing you'll see all day -- so click play, and enjoy.