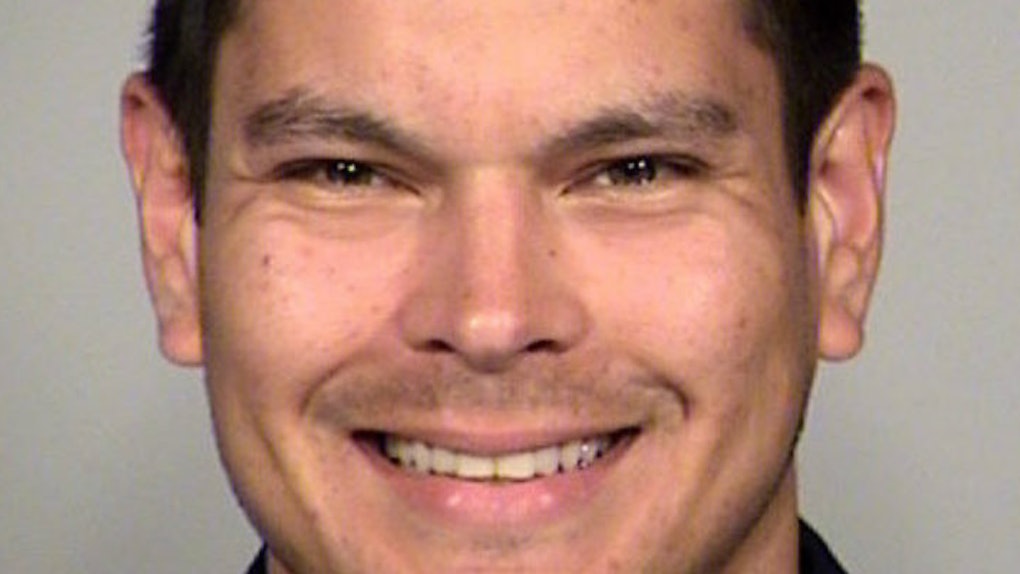 Here's a quick question for this police officer...

What the FUCK is wrong with you as a person?

The San Antonio Express-News  reports that his colleagues have accused him of giving a homeless man two slices of bread with feces in between.

And yeah, his face 100 percent looks like a dude who would do this...

The officer apparently bragged to another officer about how he "picked up some feces, placed it in a slice of bread and put it in a Styrofoam container next to the unknown homeless male."

This officer told Luckhurst, who has been on the force for five years, to go back and throw away the sandwich.

He witnessed Luckhurst return to the homeless man, but he wasn't sure if he actually threw the container away.

Another officer reported Luckhurst's actions to his supervisor in July, and an investigation soon followed.

BECAUSE OBVIOUSLY! IT IS A POLICE OFFICER'S DUTY TO PROTECT AND SERVE, NOT FEED PEOPLE WHO NEED HELP "FECAL SANDWICHES."

This was a vile and disgusting act that violates our guiding principles of 'treating all with integrity, compassion, fairness and respect.' The fact that his fellow officers were so disgusted with his actions that they reported him to Internal Affairs demonstrates that this type of behavior will never be tolerated.

So far, Police Department officials have not been able to locate the homeless man that was the cop's victim.

Luckhurst, who has served the past year on the SAPD's downtown bike-patrol unit, plans to appeal the decision to fire him.

His attorney Ben Sifuentes argues that his client joked about giving the homeless man the sandwich, but he didn't actually do it.