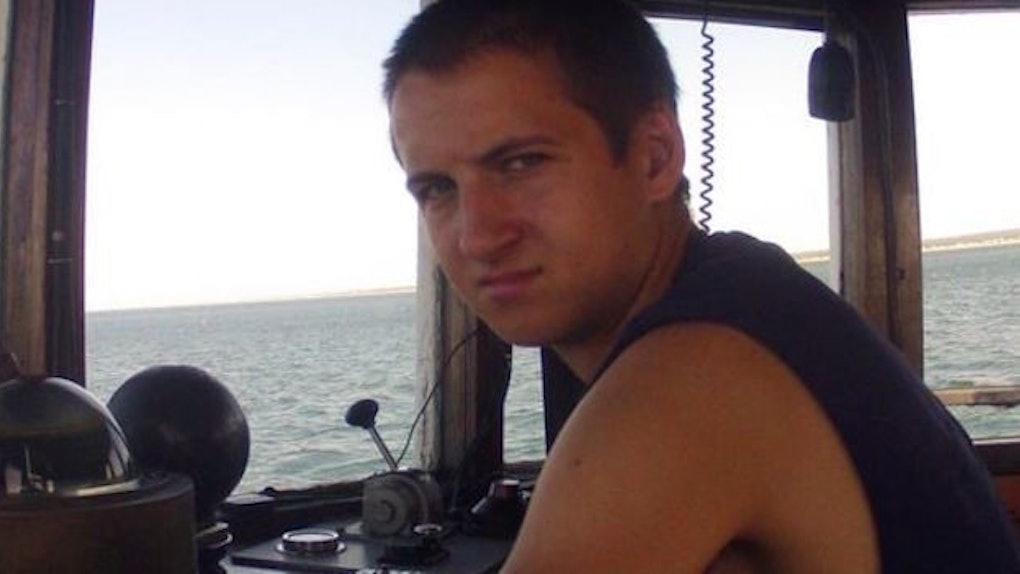 Conrad Roy III: How Simple Messages Of Love Could Save Someone’s Life

Sometimes it takes the most disturbing news stories to bring us a much-needed wake-up call. This was certainly the case for me, as I learned about the suicide of Massachusetts teenager Conrad Roy III.

Conrad tragically took his own life about a year ago in July 2014. However, it wasn’t until this past Friday that some stomach-churning reports surfaced.

It appears his then-girlfriend, Michelle Carter, could have played a serious role in his death, despite publicly insisting she loved him. We now have access to the text messages exchanged between the teenagers leading up to Conrad’s eventual action to commit suicide in a Kmart parking lot.

Honestly, I don’t recommend reading the text messages unless you want to feel physically sick. I personally read them, and the conversation is completely distressing and disgusting.

While it’s clear Conrad had thoughts of suicide, he didn’t want to go through with it.

He cared deeply about his family. He even told Michelle how much he loved them, and was concerned they wouldn’t be able to move on after he was gone.

However, instead of helping Conrad focus on all the loving people he had in his life in efforts to keep him alive, Michelle took the conversation in a different direction. She continually sent him harassing text messages, which encouraged him to take his own life.

She would suggest ideal places and times for him to do it in order to be least suspicious. When Conrad told her he was having second thoughts, she kept pushing him closer to his limits. She would tell him to stop overthinking it and just go for it.

At one point, Michelle even made Conrad promise her he would finally commit suicide, and followed with a text saying, “And you can’t break a promise. And just go in a quiet parking lot or something.”

The following day, Conrad did as he was so frequently told. The world lost a deeply confused and manipulated teenager on July 13, 2014.

Conrad’s death was a complete tragedy, and it pains me that it could have been avoided.

Unfortunately, though, the disturbing news doesn’t stop there. Although Michelle was fully aware of when, where and how Conrad had taken his own life, she denied knowing anything to Conrad’s family after the fact.

Michelle also told a friend, “I started giving up because whatever I said I knew I couldn't change his mind so we talked about it and about how I'll take care of his family when he's gone and all of that.”

Michelle also claims she didn’t expect him to really go through with it all. But how could she not? She played the most important role in eliminating any chance Conrad had at survival.

Michelle didn’t just turn a blind eye; she instigated the suicide herself. Not to mention, she had no hesitation covering for herself by lying about everything afterward. By pushing Conrad to his demise, Michelle was clearly projecting issues of her own.

I can’t imagine the pain and suffering Conrad’s family is experiencing — for a second time — as they are presented with all of this shocking information.

This story is completely heartbreaking and should have ended much differently. If there’s anything we can take away from this, though, it's that spreading a message of love can be life-saving.

So often we hear horrible bullying stories that result in catastrophic passings. However, in Conrad’s case, the perpetrator wasn’t a distant bully, but one of the most important people in his life: his girlfriend.

From the outside looking in, it’s often hard for us to wrap our minds around the struggles of depression. However, we can still be positive influences for people while they’re fighting their inner demons.

Unfortunately, I can’t speak for Conrad, specifically; I can’t assure you he would still be alive today if Michelle hadn’t been in his life. However, I can remind you how important it is to be vocal about our love, and help people find their own happiness, instead of push them deeper toward destruction.