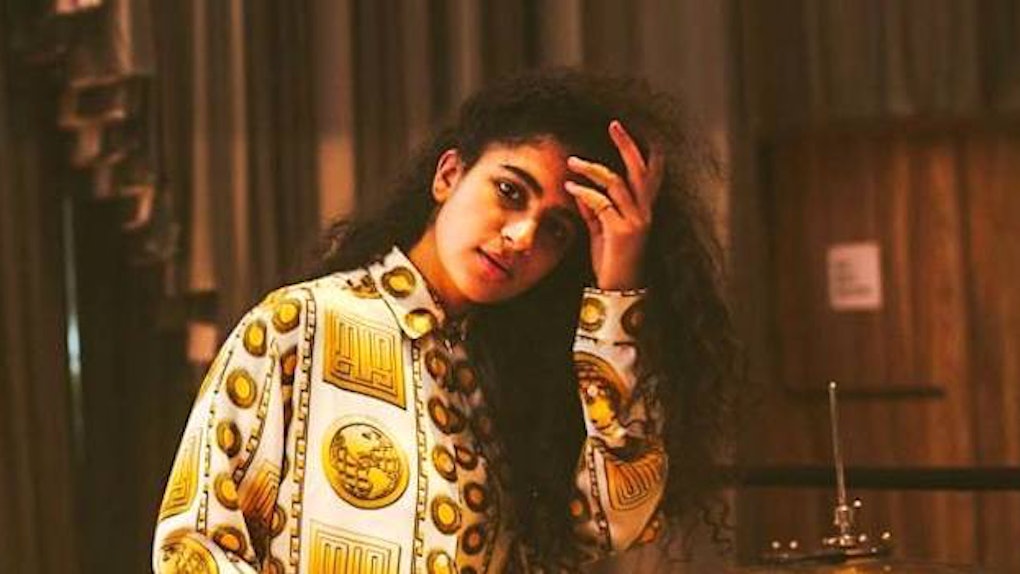 Why We Should Congratulate Kiran Gandhi For Fighting Period Shaming

You have probably heard the story about Kiran Gandhi, the 26-year-old woman who recently finished her first marathon.

She trained for an entire year to join the ranks of the physical and mental elite who comprise a mere fraction of the global population.

When the day finally arrived to run the London Marathon, her body's biological timing was less than ideal.

Gandhi started her period. And she had the audacity to run the 26.2 miles without a firm cotton wad shoved inside her vagina.

Gandhi even refused to wear a sticky, moist and crinkly "sanitary" napkin.

Rather than cowering away from the additional challenge, she ran and finished the race in a way she felt provided her the most comfort and confidence.

Gandhi even went as far to give an explanation for her choice to abstain from using modern methods to hide her menstruation.

She wanted to raise awareness of the global social shame that surrounds menstruating women.

This woman had some nerve.

I have also run a marathon. The amount of time, dedication and willpower required to train and finish running that distance is nothing short of terrifying.

Gandhi and I have something else in common, too. We both were on our periods when we ran 26.2 miles.

If you agreed with the notion that running a marathon is a daunting endeavor, imagine doing so while constantly bleeding.

I chose to wear a tampon during my race, and I hoped one would be sufficient because I didn't exactly have extra pockets to conceal a back-up stash.

Once I began running, I didn't think about what was happening in my uterus.

I was focusing on running a f*cking marathon. It was hard.

Mental strength and focus are the most necessary and important factors in finishing a marathon; they are second only to the common running mantra, "Listen to your body."

What is truly appalling in Gandhi's case are the comments both men and women are making over all forms of social media, disgusted by her decision to try to be as comfortable as possible while attempting an astonishing challenge and supporting a global issue.

Only those who personally have run 26.2 miles, while menstruating, have the ability to understand Gandhi's situation. Only they can pass credible judgment on what she "should" or "should not" have done.

Those claiming her actions were unsanitary or unsightly clearly aren't familiar with long-distance running.

Runners urinate and defecate during marathons all the time. The difference is those who do so don't provide an explanation; their reasoning is assumed.

Runners will be more comfortable and will have a better finishing time, if they allow their bodies to function as naturally as possible to avoid distraction.

Not to mention, these runners could use these instances as an opportunity to raise awareness of the lack of access to sanitary bathrooms in other parts of the world, but let's handle one injustice at a time.

To the men who are voicing their outrage, thank you.

Thank you for undoubtedly proving period shaming is real. Thank you for showing a lack of awareness still exists, despite the unlimited access to knowledge available on the Internet.

To the women who are voicing their outrage, please take a moment to recognize your own privilege.

There are various countries all over the world where women are humiliated, exiled and forbidden from participating in normal, everyday activities while they are menstruating.

Yes, you are fortunate enough to be able to buy tampons, Midol, double fudge brownie ice cream and whatever the f*ck else you feel your body "needs" when it's your time of the month.

Realize this is a luxury not available to all women, despite the fact you keenly pointed out that "everyone knows women have periods!"

Congratulations, you are just as ignorant on this issue as the men commenting in forums and online articles:

"That's just gross. Not the fact that she's on her period but the blood all over her is gross."

Oh, is that what makes periods gross? The blood? Your unique and thoughtful insight is greatly appreciated, sir.

Gandhi is not disgusting; she accomplished something incredible. She ran a marathon on her f*cking period.

How she did that is her choice, and your (dis)approval is irrelevant.