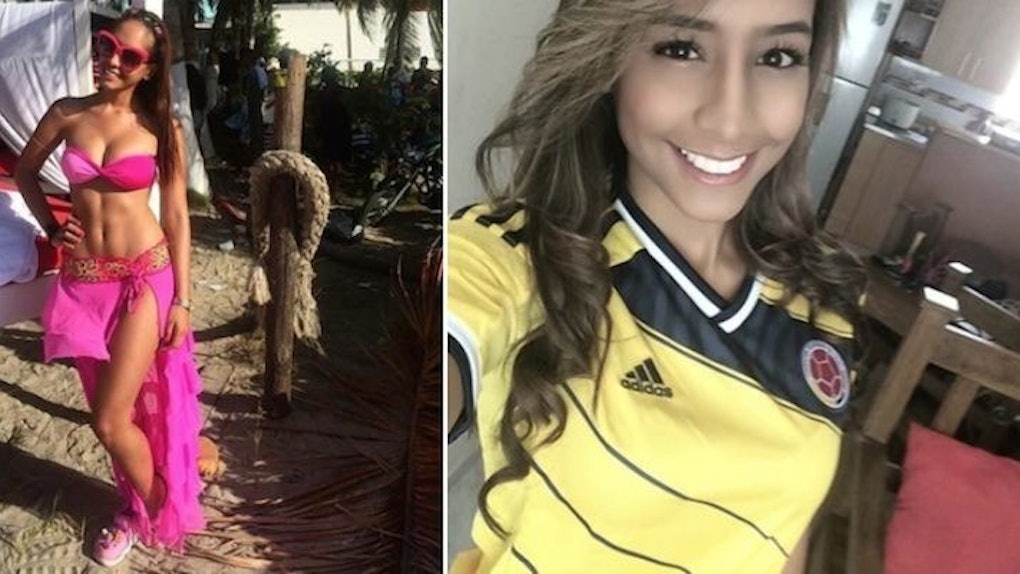 A Colombian model may face death after she was discovered to be carrying illegal drugs into China.

Juliana Lopez, 22, is the winner of the Miss Antioquia beauty contest and was supposed to compete in this week's Miss World Medellín pageant, Daily Mail reports.

She is also the owner of a clothing shop, a TV host and a star player on a women's club soccer team.

Lopez traveled to China about two weeks ago to buy clothing and related accessories.

According to New York Daily News, her family members soon found themselves unable to reach her, and after contacting the Embassy of Colombia, they were told Lopez was arrested at an airport in Guangzhou on July 18.

A bag containing a large amount of an unspecified psychoactive drug was allegedly found in her laptop.

Lopez could spend the rest of her life in jail or face the death penalty pending the results of an investigation that may take anywhere from six months to two years.

She will reportedly be permitted very little contact with her family during that time.

Lopez's soccer coach told Colombian newspaper El Tiempo the team is looking to hold an exhibition match to raise funds for plane tickets to China for Lopez's mother and lawyer.

My heart tells me she is not guilty. You cannot condemn it yet, I have hope that he is innocent and everything is clear.

Additionally, friends and family members are trying to raise money for Lopez to be represented by one of her country's best lawyers.