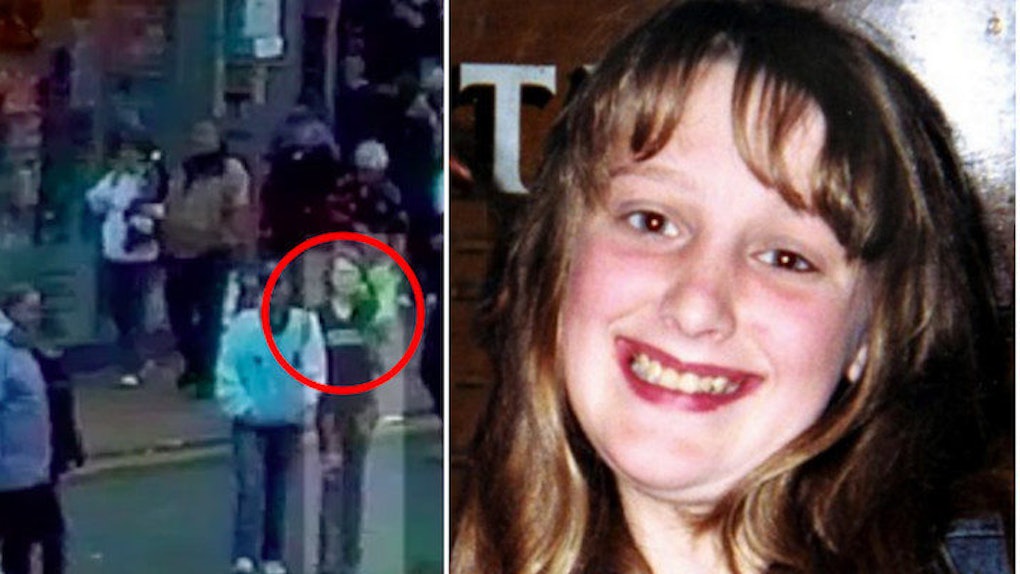 Police investigating the case of Charlene Downes – who vanished 13 years ago – have released CCTV footage of the last time she was seen.

The girl was only 14 years old when she disappeared from Blackpool in England.

A murder trial was held, where it was determined she may have been strangled, and then put into kebabs at a restaurant, DailyMail.com reported at the time.

The details of her alleged killing were so gruesome, her mother ran from the court during the testimony.

Despite efforts by officers at the time, no trace of Charlene was ever found. The charges against the two men were eventually dropped.

Takeout workers Iyad Albattikhi and Mohammed Reveshi were acquitted of murder in 2007.

Now, years later, Lancashire Police has released footage of Charlene walking through Bank Hey Street in Blackpool on Saturday, November 1, 2003 at around 3:30 pm... the same afternoon she vanished.

Charlene is pictured with her sister.

Hopefully these pictures of Charlene on the day she disappeared will help jog someone's memory and I would urge anyone with information, however insignificant they feel it may be, to come and speak to us. I have always been convinced that there are people who know what happened to Charlene but have not yet come forward to speak to the police. You may have been present when she was murdered or may simply have information about how she was killed and what happened to her body.

He said if anyone is reluctant to speak for fear of reprisals, "I would reassure them that every measure is taken to ensure their safety."

Also, if you are afraid you could incriminate yourself, let me reassure you that our main objective is to find Charlene's killer or killers.

The detective said the force's line of inquiry will focus on the wider issue of child sexual exploitation in Blackpool around the time of Charlene's disappearance.

Officers are poised to arrest a number of potential offenders in the near future.