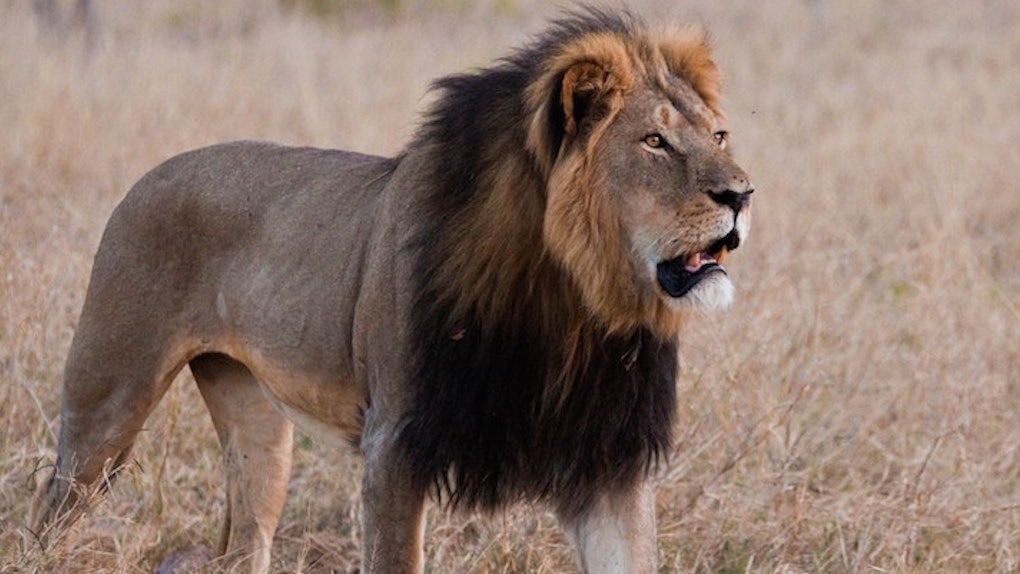 How do we feel when the king of the jungle is pimped out and killed by one of our own?

A few days ago, during this astrological month of the Leo, we discovered that the king is not infallible.

Dr. Walter Palmer, a dentist from Minneapolis, shot down a lion (pretending, no doubt, to be some super hero warrior with a suction wand) in Zimbabwe on July 1, for the small price of $54,000.

His national reputation, as well as the lives of the remaining cubs, are expected to succumb to their environment sans protection.

Leos are known to make an impression, to magnetize and to take center stage with dignity and strength. Hence, the lion, who is ruled by the sun, is their symbol.

Yet, all of us, every zodiac, animal and human alike, are vulnerable to the Palmers of the world.

These Palmers are the insecure and uninspired weaklings, who are propelled by inanimate objects (bows, arrows and guns) or false manifestations of character (strength, power and fearlessness).

They are often bolstered by paid subservients (the professional hunting team otherwise known as sycophants).

At what price do we destroy others, break the laws, the commandments, the social mores to overcome or cover our own deficiencies and fragility?

How much is enough to break the rules?

Do we quantify and approve of cheating and deceit at some cost?

Palmer went so far as to murder one of the most highly honored creatures of the land, which was beheaded and skinned for a display of prowess.

He claims he didn't know.

Though the lion was lured from park territory and shot on nearby grounds after a two-day hunt, Palmer says it was unplanned.

His claims of innocence didn't stop the lion from being beheaded (park collar and all) and skinned, with his body left to rot in the sun of his honor.

Is Palmer simply a cruel and vivid manifestation of the oppressor: the bully and the person who uses intimidation as a tool to diminish, weaken and even kill?

Is Palmer the little boy on the playground who harasses other kids because he was, in fact, bullied, abused or filled with self-doubt?

As we come to the rescue of this precious "Leo" far too late, perhaps we seek redemption and wisdom.

As we sign the petitions, shut down Palmer's website and shame him into submission, I hope we will remember the human beings all around the world who experience great atrocities at the hands of inadequate power mongers.

It would be improper not to mention hunters in the United States and around the world pay millions of dollars each year in licensing fees used for species protection and catchments for sustainable water for animals.

Hunters who follow the rules are actually considered conservationists.

This man gives hunters, particularly those who are environmentalists and preservationists, and who also want to see Palmer punished, a bad name.

Let us not be the hunted or the hunter, but the Leo: optimistic and strong. Let's be the protectors of this jungle, the unifiers of mankind.

And to all of my Leo friends, I wish you a safe and happy birthday.