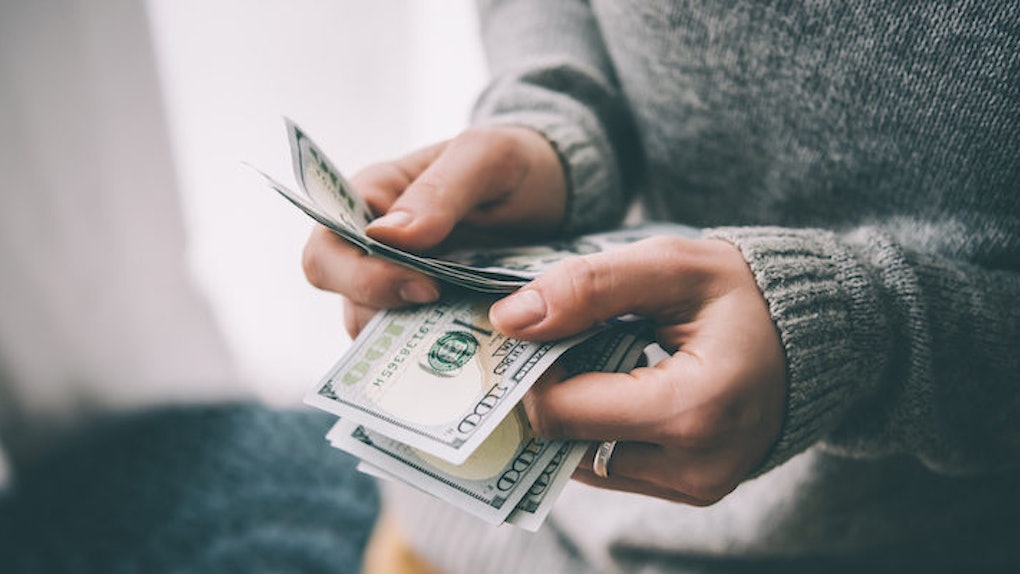 Americans are carrying a lot less cash these days.

Paper money was originally introduced in ancient China, so it's not that much of a shock it's becoming a bit old-fashioned in our modern, fast-paced world. It had a good run.

As it turns out, this is also probably fairly good for people's health.

Much like a college freshman's dorm room, money is caked with questionable substances.

The Wu-Tang Clan once famously said,

Cash rules everything around me: CREAM, get the money. Dollar, dollar bill y'all.

But perhaps they should've said, "Cash kills everything around me."

According to Scientific American, US dollars are absolutely filthy, and there's a good case to be made for paper money to be eradicated:

There is no definitive research that connects enough dots to prove dirty money actually makes people sick, but we do have strong circumstantial evidence: influenza, norovirus, rhinovirus and others have all been transmitted via hand-to-hand or surface-to-hand contact in studies, suggesting pathogens could readily travel a hand-money-hand route. In one study 10 subjects handled a coffee cup contaminated with rhinovirus — and half subsequently developed an infection.

In short, Venmo isn't a bad option (if you want to live).

Research has shown money contains traces of everything from E. coli and anthrax to cocaine and heroin.

Indeed, there have been a number of "dirty money" studies over the years, and all have come to the same basic conclusion: physical currency is disgusting.

This makes a fair amount of sense.

Most bills stay in circulation between four to 15 years, giving them a lot of opportunities to be touched and contaminated.

The lower-denomination bills, which are used more often because we're all poor, are the filthiest.

Back in 2002, US Air Force researchers published findings that showed 94 percent of one-dollar bills host some form of bacteria.

With that said, the fact of the matter is there are germs everywhere.

Still, it might be time to get a credit card if you don't already have one. Just saying.