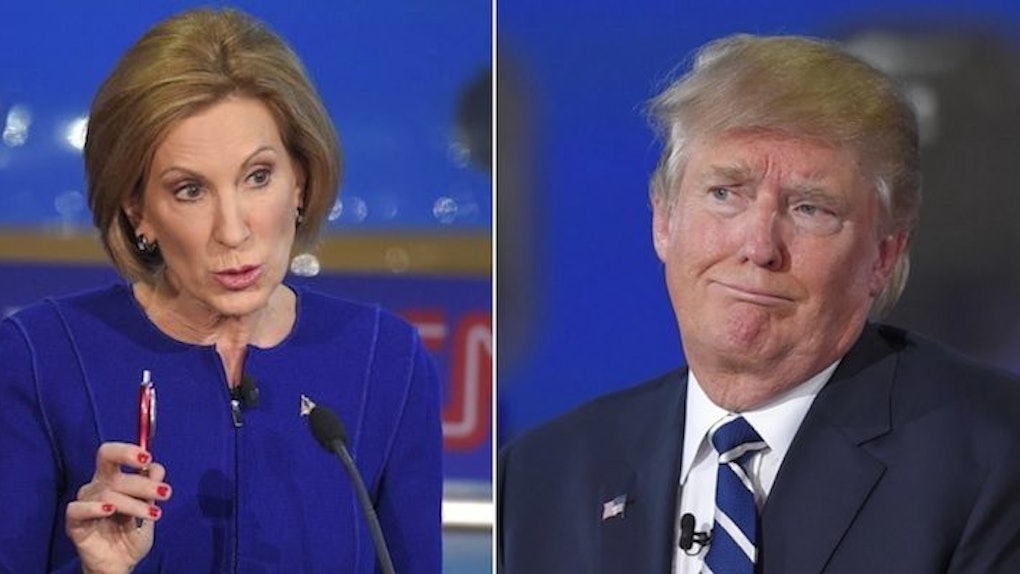 Until Donald Trump drops out of this election, we're going to have to continue listening to him spout awful things from his dopey face.

One of the most recent awful things to come out of Trump was about tolerable GOP nominee and the only female Republican with a shot at the presidency, Carly Fiorina.

Look at that face! Would anyone vote for that? Can you imagine that, the face of our next president?! I mean, she's a woman, and I'm not s'posedta say bad things, but really, folks, come on. Are we serious?

At the GOP debate last night, Fiorina was asked to respond to Trump's comments, and her response was perfect. Oh, boy, was it perfect.

Fiorina didn't need to go into any broad detail or speak about difficulties women face when running for office in order to take down Trump.

Instead, she just responded,

I think women all over this country heard very clearly what Mr. Trump said.