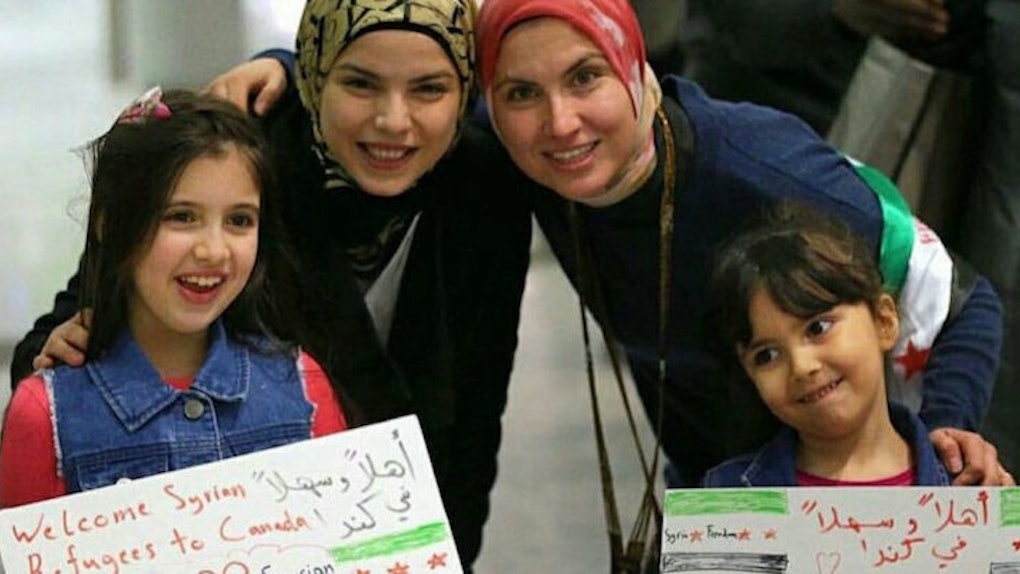 Canada received its first group of refugees on Thursday, and the famously hospitable nation couldn't be happier to lend shelter to those in need.

The accumulating messages of warmth from Canadian citizens birthed #WelcomeToCanada as the refugees arrived.

Many Canadians expressed pride in ignoring worries of terror...

So proud to be Canadian! First refugees have arrived. I live in a country that is choosing compassion over fear. Amazing! #WelcomeToCanada — Julie-Anne Mauno (@julieannemauno) December 11, 2015

While others noted Canada opened its arms by choice...

Dear refugees, we want you here. We are glad you came. Wishing you peace and love here in your new home. #WelcomeToCanada — Meaghan Smith (@MeaghanSmith) December 11, 2015

...and is honored to help those who experienced so much tragedy.

#WelcomeToCanada I can't wait to share my beautiful country with amazing people who deserve it after all they've been through,welcome home — Alexe (@darksoulatl) December 11, 2015

#WelcomeToCanada, and we're already sorry for all the times people will talk to you about poutine in the next 72 hours. — Jonathan Ore (@Jon_Ore) December 11, 2015

And even children expressed their joy for new friends.

The Toronto Star newspaper also published a beautiful letter reminding the refugees they now have the same protection as Canadian natives.