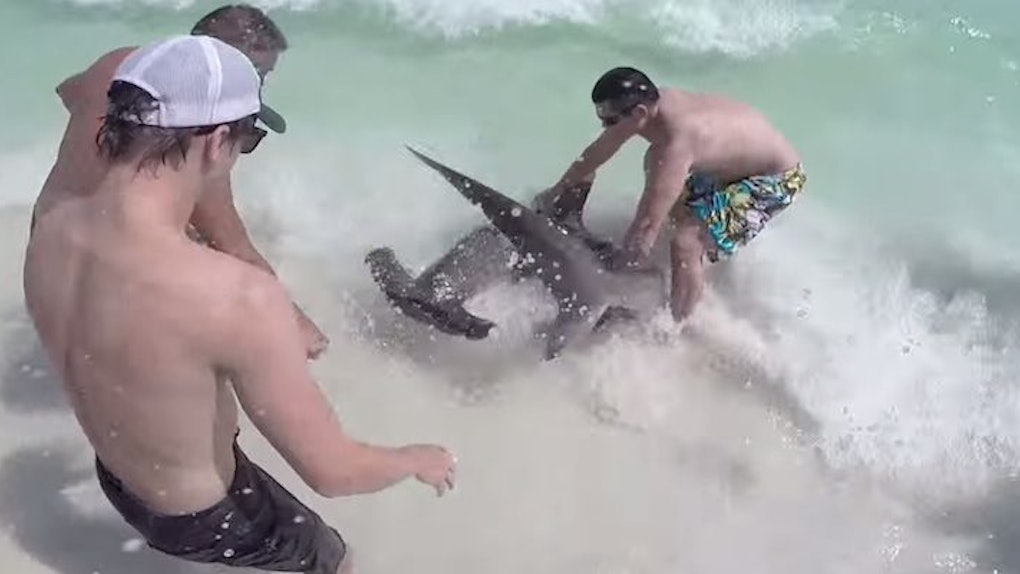 Two brothers removed fishing hooks from a dying hammerhead shark and released it back into the ocean.

According to the video's description, YouTube user 1ArmStarfish and his brother spotted a seemingly injured hammerhead shark swimming along the shoreline on a beach in Destin, Florida.

The user's brother then went into the water to grab a hold of the shark -- estimated to be 10 feet long -- and guided it away from swimmers.

A series of fishing hooks were lodged deep into the fish's mouth, and a steel fishing line was wrapped around its head.

With the help of fellow beachgoers, the brothers held the shark still and carefully took out the hooks and fishing line.

Despite the close contact between the two brothers and the hammerhead, the shark was safely released back into deeper waters, and it appears no one was injured.