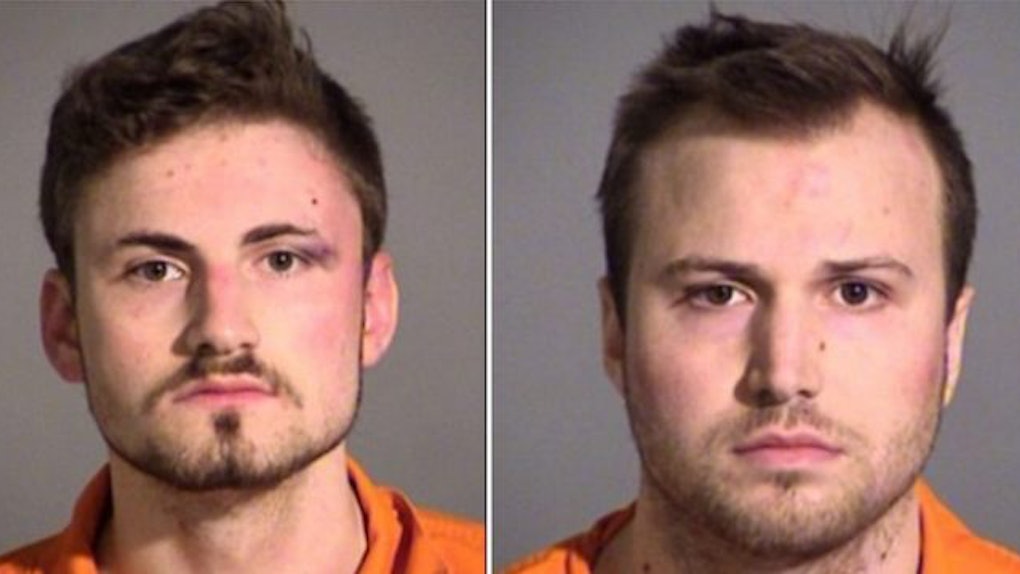 Neighbors were left stunned when Timothy and Noah Batz, who were completely naked, started causing chaos outside Lighthouse Landings Apartments in Indianapolis, Indiana.

The two brothers were caught “passionately making out” by a dumpster during their drug-fueled naked rampage.

They were arrested on a number of charges.

According to court documents, the apartment complex's assistant manager saw the brothers “grab onto each other's heads" while engaging in their kissing session.

She told police one of them threatened to kill her while banging on her car window.

Another woman said she found the men naked and lying on top of each other, while yelling, “Look at us, look at us.” Noah Bath reportedly then punched her in the face, leaving her with a “large knot” on her forehead.

In one clip of the carnage, filmed by witness Aimee Payton, one of the naked brothers appears to scream, “I hated you in college,” before being tasered by a police officer.

They were also filmed jumping on cars during the bizarre incident, and residents were advised by police to keep their distance from the pair.

Timothy, 21, and Noah, 24, later told police they were under the influence of magic mushrooms and marijuana.

The two plead not guilty on Wednesday, March 8 and are due back in court in May.