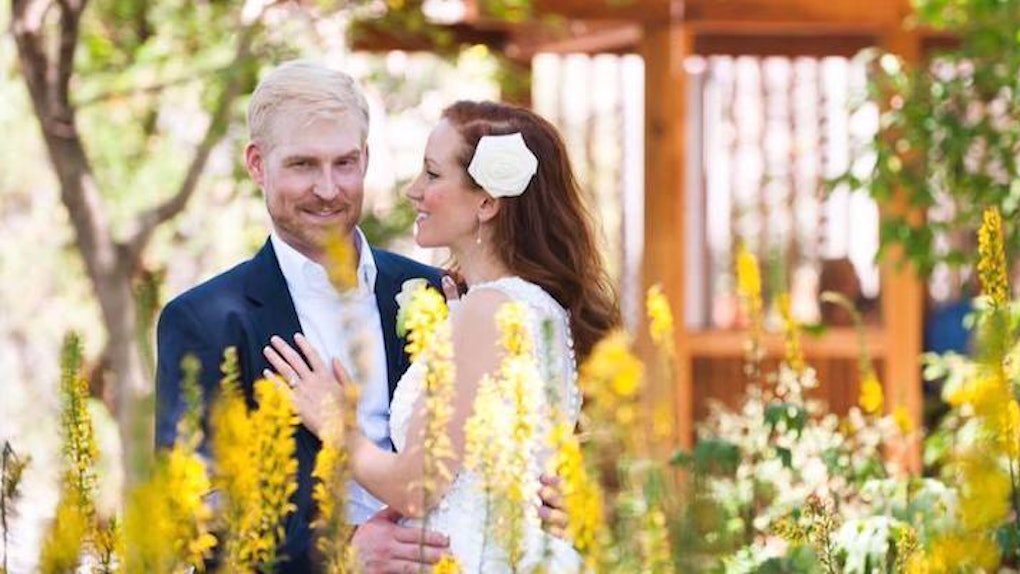 A Denver woman was fatally struck by lightning just six days after her wedding.

Kathleen Bartlett, 31, was hiking Colorado's Mount Yale with her 32-year-old husband, Ryan Pocius, on July 17 when the bolt struck them both at around 1:15 pm, according to The Denver Post.

The couple was 12,400 feet above the ground, so witnesses had to descend the mountain to obtain cell service before they could call for help shortly after 2 pm.

Emergency workers finally reached them some time between 4:30 and 5:30 pm, but Bartlett is thought to have been killed instantly by the bolt.

Two other hikers were hit by the bolt as well, but it appears their injuries weren't severe enough to keep them from leaving the mountain on their own.

Bartlett met Pocius at a bar, where she was working part-time as a cocktail waitress. They were married on July 11 at Denver Botanic Gardens.

Their wedding page on The Knot states their mutual "love for the outdoors" was essential in their chemistry.

It became apparent very quickly that we had both found 'our person.' Six months after we started dating seriously, we found ourselves engaged and the rest is history!

Bartlett is reportedly the first person to die from a lightning strike in Colorado this year.