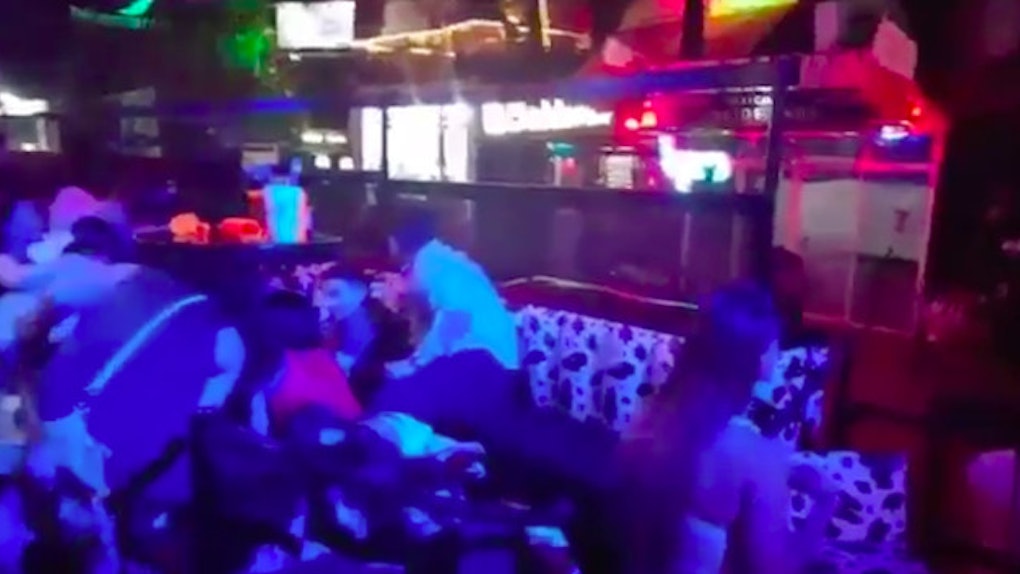 Footage has emerged showing the terrifying aftermath of a shooting at BPM music festival in Mexico – where at least four people have been killed.

The lone shooter opened fire outside the Blue Parrot nightclub in Playa Del Carmen in the early hours of Monday.

At least 12 others have been injured, BPM said in an official statement on its Facebook page.

Dramatic footage was captured by one of the revelers outside the club.

It shows people cowering on the ground huddled together while others flee from the scene in terror.

A DJ raised the alarm for other festival-goers by tweeting a gunman had entered the club and warning people to stay in their hotels.

A spokesperson for BPM said,

It is with great sadness to share that police have confirmed reports of a lone shooter outside the Blue Parrot nightclub in Playa Del Carmen earlier today, which resulted in four fatalities and twelve injured. The violence began on 12th street in front of the club and three members of the BPM security team were among those whose lives were lost while trying to protect patrons inside the venue.

Officials said they are "overcome with grief" and will continue to work closely with authorities while the shooting is being investigated.

The statement went on to say,

The BPM Festival has been working closely with the local authorities throughout the festival to ensure public safety and security for all visitors. We are overcome with grief over this senseless act of violence and we are cooperating fully with local law enforcement and government officials as they continue their investigation. Our thoughts and prayers are with all the victims and their families and all those affected by these tragic events.

The festival was celebrating its 10th anniversary. It sees more than 100 top DJs entertain people from around the world at one of Mexico's most popular tourist resorts.