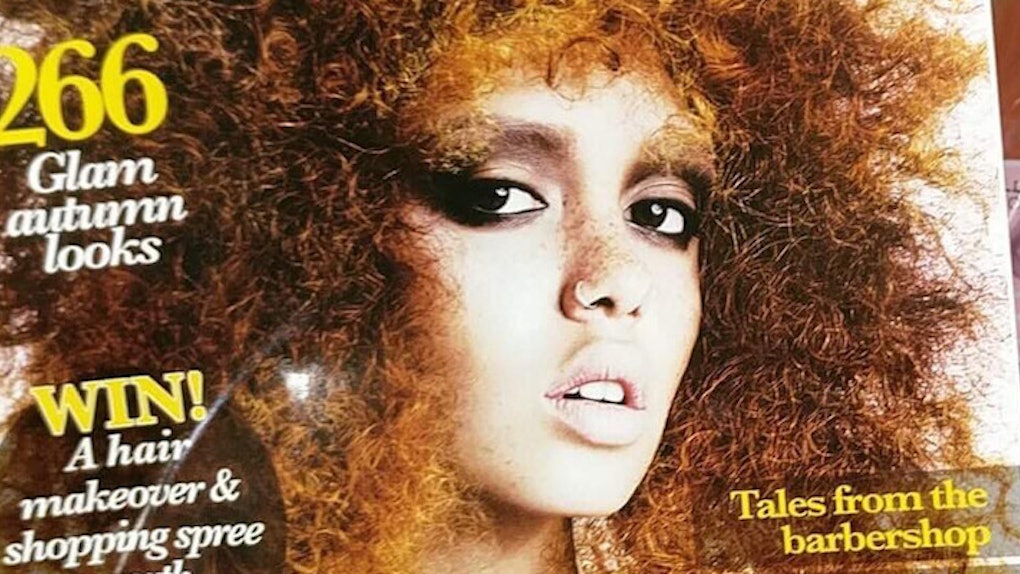 Well, this is awkward!

A beauty magazine specifically catering to black women with all types of beauty tips and secrets is under fire after a white model realized her photo was being used on the cover of the magazine.

While the publication bills itself as "packed with hair inspiration for black and mixed race women," Bador felt that they had it all screwed up when they used her photo. Others agreed.

Bador took to Instagram to address the matter after making the shocking discovery, saying,

If I had known it was going to be published, I would never have condoned it… I was never asked by the photographer/hair salon/anyone if this image could be used for the cover of Blackhair.

The rest of Bador's statement can be read in the lengthy Instagram caption below.

So, how exactly did Blackhair magazine even get Emily Bador's photo?

We often ask PR companies/salons to submit images for the magazine, specifically stating that models must be Black or mixed race. We can only take their word for it, and of course, try to use our own judgment. We are only too aware of how black women are underrepresented in the mainstream media and the last thing we want to do is add to our erasure.

Still, plenty of people don't think the statement was enough.

Facebook users left all sorts of comments expressing how they feel the magazine's inability to identify black women is a "slap in the face to the countless struggling black models in the industry."

Moving forward, Blackhair magazine will just have to refine their photo selection process and try to steer clear from upsetting the masses and remorseful models with no knowledge that their photos are being used to represent a race they don't identify as.

Overall, Emily Bador's photo being on the cover of the magazine does not seem to be intentional on both sides. While Blackhair has offered quite a digestible statement on the matter, Bador understands how troubling something like this can be. She said,

She may not live the struggle, but she has certainly proved that she understands it.

Citations: A Black Hair Magazine Said They Accidentally Used A White Model On Their Cover (BuzzFeed)