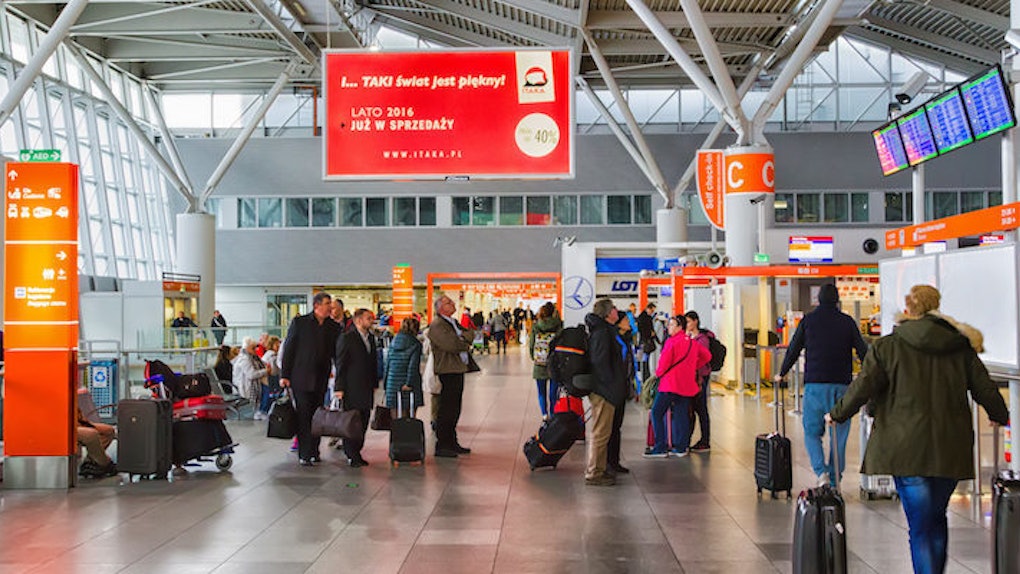 Booking a vacation early will usually save you money, but how early you should book depends on where you're going.

CheapAir.com examined 1.2 million trips from the US to 74 destinations all over the world in 2015 to determine how far in advance certain trips should be booked to get the best value.

Here are the results.

Numerous extenuating circumstances, however, should be factored in before abiding by those statistics, the website noted.

For example, trips to Europe during the summer can be almost double the price, so it might be best to book your trip even earlier since seats will get taken faster as summer approaches.

If you're traveling to Europe during the winter, on the other hand, you might want to wait a while before booking since great deals have been known to pop up at the last minute at this time of the year.

You should also consider booking earlier than suggested if you are flying with a group of people to maximize the chance of sitting together.

Traveling alone with a loose itinerary means you're more likely to come across one of those last-minute deals, especially with airports in New York, where flights to Europe are made on a daily basis.

Lastly, ticket prices can be affected yet again by massive cultural events, unforeseen crises or political unrest occurring in your destination.

Political problems have reportedly made it cheaper to fly to Turkey than it has been for years, while prices for Brazilian trips may be much lower due to its outbreak of the Zika virus.

The above graphic shows it's best to book a domestic flight in the US 54 days in advance, a conclusion that was reached after studying about 1.3 billion domestic flights.

This data additionally allowed CheapAir.com to reveal how much more or less you'll pay depending on when you book a domestic flight.

According to the travel website, booking a flight 197 to 335 days before the trip is known as the “First Dibs” zone. This means you'll have your pick regarding flight time, seat and amount of stops, but you should expect to pay $50 more than the best deal because prices have not been adjusted for marketing purposes.

The “Peace of Mind” zone entails booking your trip 113 to 196 days before your flight. This name is derived from the fact you'll have a lot of flights to choose from and will only be paying $20 more than the presumed best deal available.

If you book 21 to 112 days before your trip, congratulations because you are in the “Prime Booking Window.”

Prices will fluctuate significantly throughout this prime interval, but CheapAir is fairly certain the best deal will pop up about halfway in.

The “Push Your Luck” zone, or the period 14 to 20 days before your flight, can either yield ridiculously huge prices or shockingly good ones compared to those offered in the previous months.

You're more likely to get lucky if the flight isn't too full and you aren't traveling at the most desirable time for your destination.

Booking 0 to 13 days before your flight is called the “Hail Mary” zone, and while there is actually a chance of a crazy pass being caught, it's almost a certainty you'll end up paying just under $200 more than if you purchase in the “Prime Booking Window.”

Even if you book the cheapest flight up to 13 days before, you'll still likely pay at least $75 more than the average ticket purchased at the best time.

Citations: Heres how far in advance you should book your flight (Business Insider), The Best Time to Buy a Flight is 54 Days Out Or Is It (CheapAir.com), When to Buy International Flights (CheapAir.com)