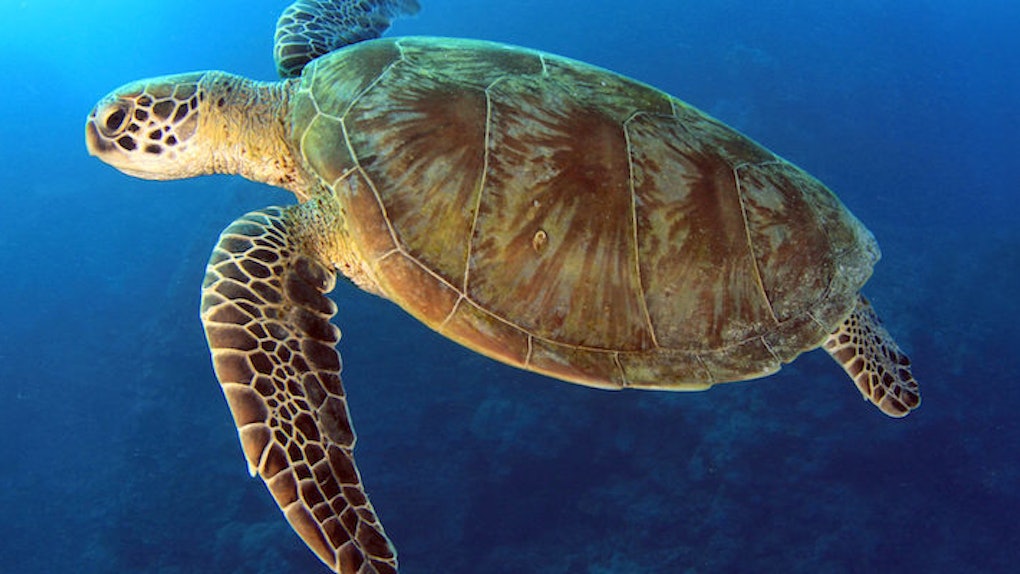 What if you could kill two birds with one stone (or better yet, save them both) while having a nice cold beer to save the planet?

Well, as it turns out, you can!

Saltwater Brewery in Delray Beach, Florida has developed six-pack rings that marine life can feed on.

The packaging is 100 percent biodegradable, and it's made from leftover materials used during the brewing process, making it completely safe for both humans and animals to consume.

This is a pretty brilliant idea, given Americans drink an absurd amount of beer, and 50 percent of our yearly beer intake comes in the form of cans often connected with plastic six-pack rings.

Most of these plastic six-pack rings end up in the ocean, and this has a detrimental and often fatal impact on numerous species -- especially turtles and birds, which have a tendency to eat the plastic.

The World Economic Forum estimates that if we continue to produce and utilize plastic as we do now, there will be more plastic than fish in the world's oceans by the middle of the century.

What's more, a report in the journal PNAS showed that around 90 percent of all seabirds have eaten plastic, which stays in their gut.

We predict that plastics ingestion is increasing in seabirds, that it will reach 99% of all species by 2050, and that effective waste management can reduce this threat.

In other words, if things continue as they are, almost all seabirds will have plastic in their guts by 2050.

This would be an immense tragedy, but we can all work to prevent this by making concerted efforts to reduce our use of plastic, and this fantastic and highly sustainable initiative from Saltwater Brewery is a prime example..

What better way to help save the planet but to drink a beer while you're doing it? It's alcoholic environmentalism.

Watch a video from the brewery on its environmentally friendly beer above.