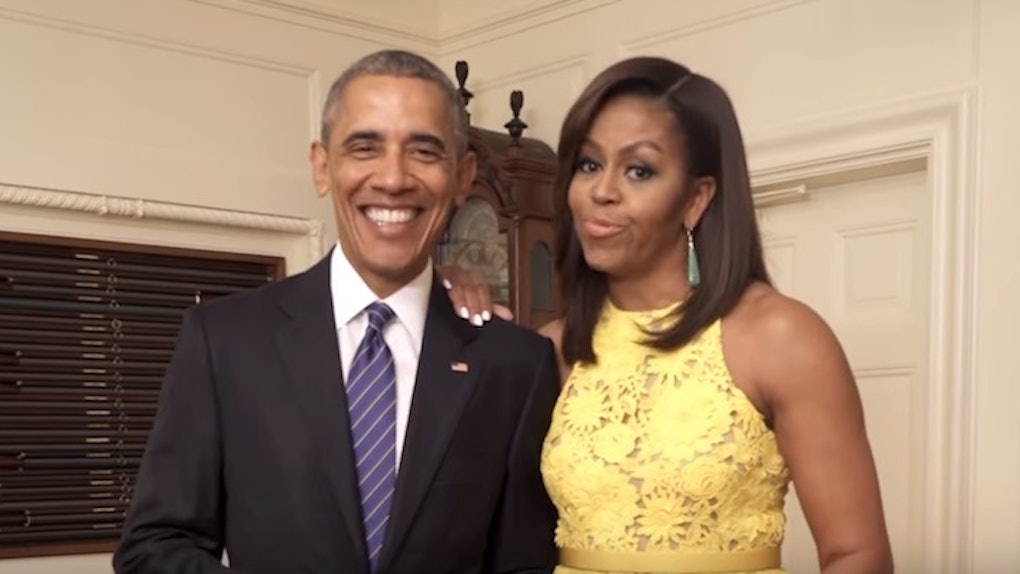 Ever get that squirmy feeling when you're watching the Olympic gymnasts do their things?

In fact, the president gets so tense, he can barely watch them perform.

I find gymnastics spectacular, but it's too tense. I get too tense. I'm like 'no, you're gon' fall!'

His bae agreed. But unlike the president, it's always been her secret dream to be a gymnast.

When asked what Olympic sport she would do if she had the opportunity, Michelle said,

It would be gymnastics. I'm not built for that -- obviously -- I'm a little too tall. But they are phenomenal, and if I could flip like that I would do it in a heartbeat.

The couple filmed themselves quizzing each other about the games as a bit of fun for the White House's YouTube channel.

We learned about their Olympic love and their favorite memories and sports.

At one point, he got all political and said Jesse Owens is his fav Olympian because "when you think about not only being the fastest man in the world, but you're doing it in front of the Nazis, sending a clear signal about what America stands for, the equality of all human beings -- pretty powerful stuff."