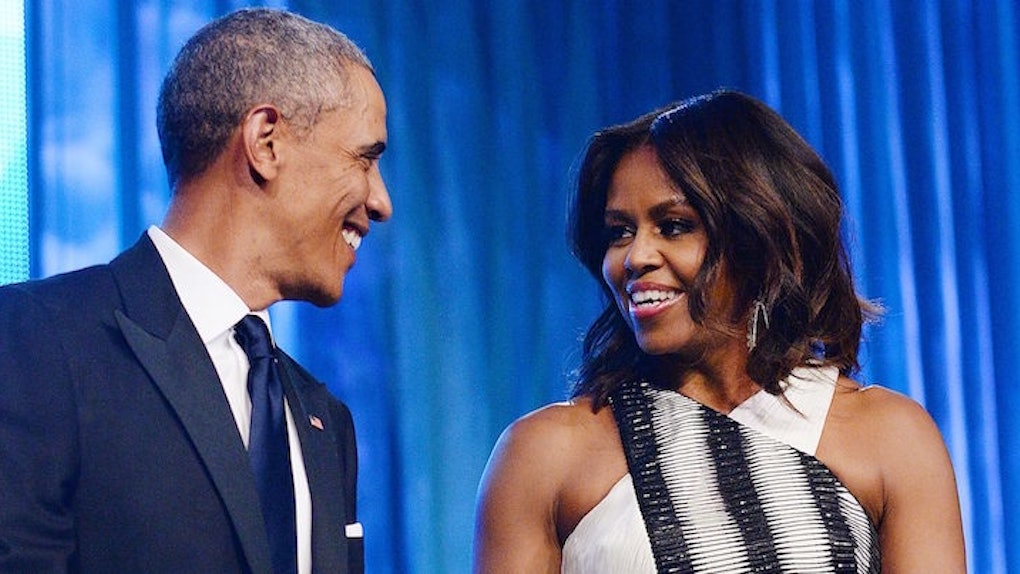 And the results officially appoint them as the coolest, most down-to-Earth presidential duo yet.

The best part about this presidential couple is they keep it 100 with the American public, and their picks for the 2015 pop culture roundup reflect just how real they are behind closed doors as well.

First up, in the music arena, Michelle Obama went with Bruno Mars' "Uptown Funk" for her 2015 song of the year, while Barack opted for something much deeper with "How Much a Dollar Cost" off Kendrick Lamar's latest album, To Pimp a Butterfly.

When it comes to reading material, both the First Lady and the president enjoyed dramatic tales in marriage this year.

Michelle chose Elizabeth Alexander's memoir detailing the sudden death of her husband, "The Light of the World," while Barack thoroughly enjoyed "Fates and Furies" by Lauren Groff, which tells the story of a young marriage from both the husband and wife's perspectives.

Moving over to television, Michelle gets a kick out of the ABC sitcom, "Black-ish," starring Anthony Anderson and Tracee Ellis Ross; whereas, again, Barack enjoys the gritty nature of Cinemax's dark series, "The Knick," which tells the story of The Knickerbocker Hospital set in early-1900s New York City, starring Clive Owen.

In his off hours from running the United States of America, Barack manages to make time for movie nights with the family and named "The Martian," starring Matt Damon, his favorite of 2015.

Michelle preferred the Pixar box office banger, "Inside Out," led by Amy Poehler as the main character's strongest emotion, Joy.

Solid picks coming out of the White House this year! The Obamas stay on top of what's hot.