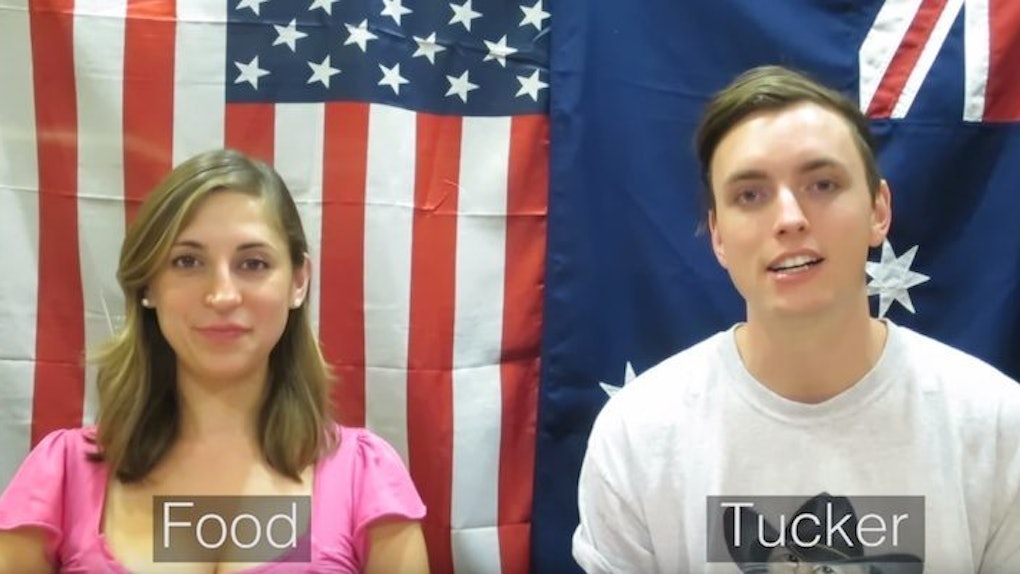 This Australian Slang Is So Crazy, You Probably Won't Understand A Word (Video)

I’m off to have a squiz at some kids getting maggot off some pingas during a bush doof.

Australians and Americans may speak the same language, but that doesn’t mean I understand a word coming out of an Australian's mouth.

Let’s be honest: Steve Irwin was famous in America partially because he was a crazy man who would antagonize animals for a living, but mostly because he’d antagonize them in an entertaining Australian accent.

Jeff Corwin didn’t come close to touching Irwin’s audience because even though he was doing the same things as The Crocodile Hunter, he was doing it in a boring American accent.

This video serves as a list for understanding exactly what Australians are talking about though I’d argue it’s more fun to not understand what they’re saying and paint your own Australian story with their words.