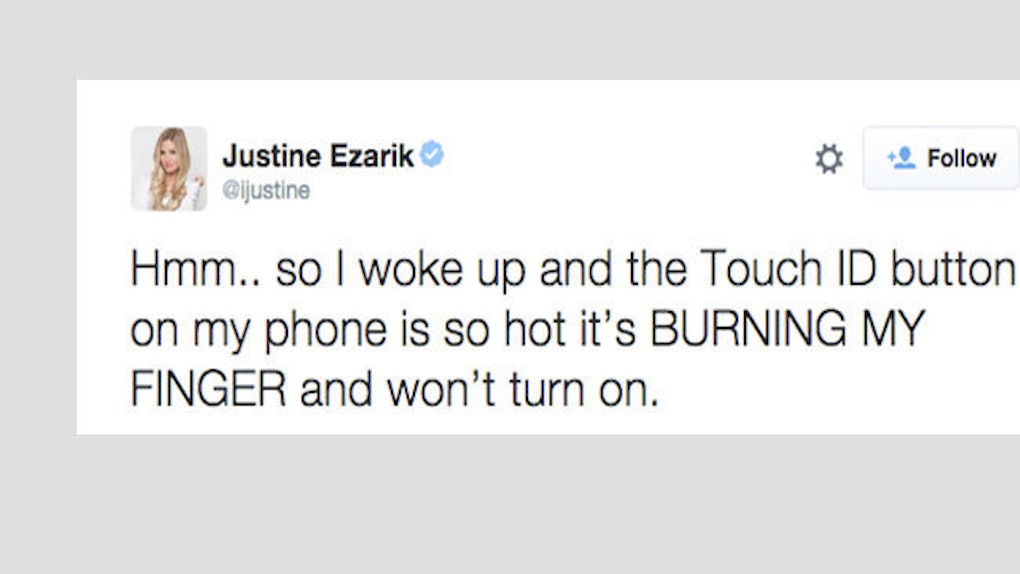 Getting ready to shell out some serious cash for the new iPhone 6s? Well, you might want to invest in some Band-Aids and burn cream while you're at it.

According to several iPhone 6s owners, Apple's latest device is trying to burn off their fingerprints with its scalding hot new home button.

Many of the users described their Touch ID button as "burning hot" after charging the phone, while their screens were black. Several added their phone would not turn on for some time.

While it may not sound fun to get the "Men in Black" treatment to your delicate fingers, there is a fix.

Fellow Apple commenters said they were able to fix their phones by holding down the lock and home buttons for 10 seconds.

But a burning home button isn't the new phone's only problem.

As 9to5Mac reports, users are also seeing their phones randomly shut off, distorted speaker sound and issues with 3D Touch.

However, these problems might not last long. As 9to5Mac noted, Apple usually fixes these glitches with swift software updates.