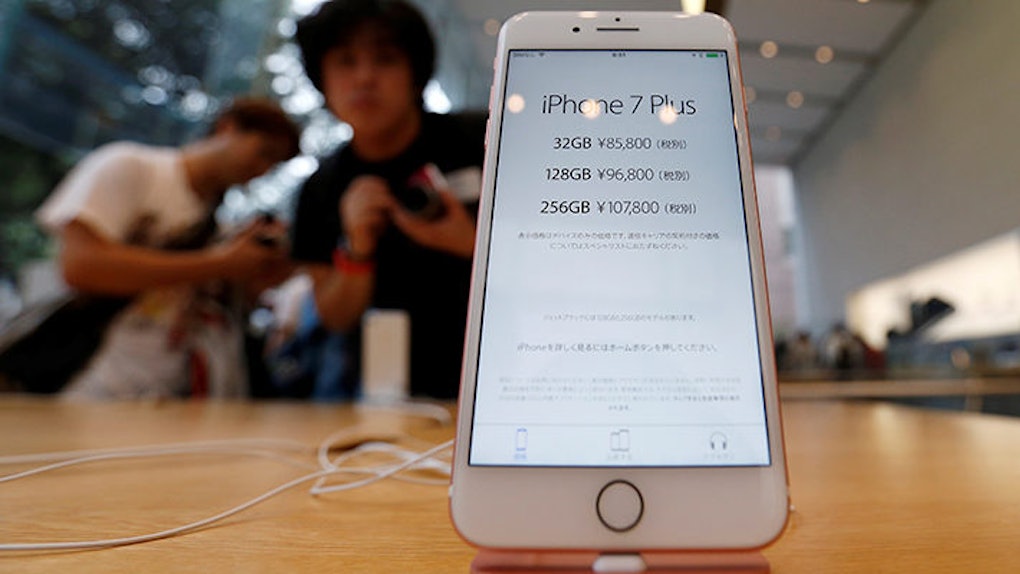 Apple May Sell More iPhones Thanks To A Dirty Trick

Does Apple try to trick customers into buying more of its new iPhones by purposely slowing down older models?

After looking at the chart below, some might think so.

The chart details the trend of people searching the term "iPhone slow" on Google, and concludes that these searches happen the most after a new iPhone model has been released.

The chart ranges as far back as 2009, when the iPhone 3G was released, to this year 2016, which marked the release of the iPhone 7.

Sure enough, there was a spike after the 7 hit the market this past September, albeit a modest one. But the questions remains: Is Apple really trying to "trick" users into buying newer phones?

It's an interesting question, no doubt, given the unmistakable spikes on the chart. It's also a question that has been addressed in the past when even more dramatic spikes were seen.

For instance, in 2014, the New York Times published its own deep dive into the question.

In that article, Harvard economics professor Sendhil Mullainathan makes one of the more obvious observations there is to make: Each year, iPhone releases coincide with the release of a new operating system for Apple's mobile devices (i.e., a new iOS).

Let's take this year for example.

The iPhone 7 was released in tandem with iOS 10.

If iOS 10 employs the latest technology, one could reasonably expect that older phones might have a tougher time operating the new iOS. You wouldn't necessarily suspect foul play on the part of Apple, either.

Still, believing that Apple would release iOS versions that slow down old phones would require accepting that Apple is intentionally tweaking, or manufacturing iOS editions to run well on new phones and poorly on older phones.

And then you would have to believe that this prompts more sales of the iPhone, or at least believe that Apple thinks it would drive sales.

Here, it's worth pointing out, like Mullainathan did, that some economists would argue such a dirty trick wouldn't even be wise to attempt from a business perspective.

But I'm not an economist so I won't even go there. What I will say is that it all comes down to Apple's intent.

Are the Google trends just a convenient coincidence (if we can even call it that), or are they proof of some evil plan at Apple?

My honest-to-God answer? Who knows. You can't blame anyone for getting a little, tiny bit suspicious after looking at that map, though.