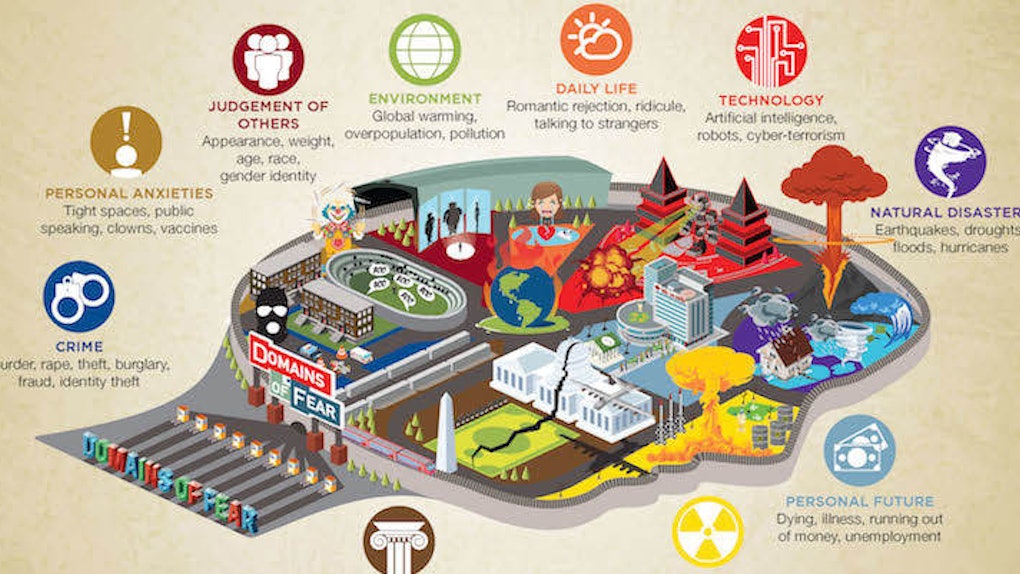 What are your deepest fears?

As part of an ongoing, annual project, Chapman University surveyed 1,500 Americans from across the country to find out what frightens them most.

According to the poll, Americans' biggest fears revolve around concerns with the government and technology.

Most notably, of the sample size polled, Americans fear corruption of government officials, cyberterrorism and tracking of personal data by government and technology.

How are Americans coping with these fears? Interesting you ask.

Because they're afraid, participants in the research noted they were installing home alarm systems, sending their children to private schools, purchasing guns and voting for pro-gun candidates.

For an in-depth look at the major fears addressed in the survey, and how they size up against fears of government and technology, see below: