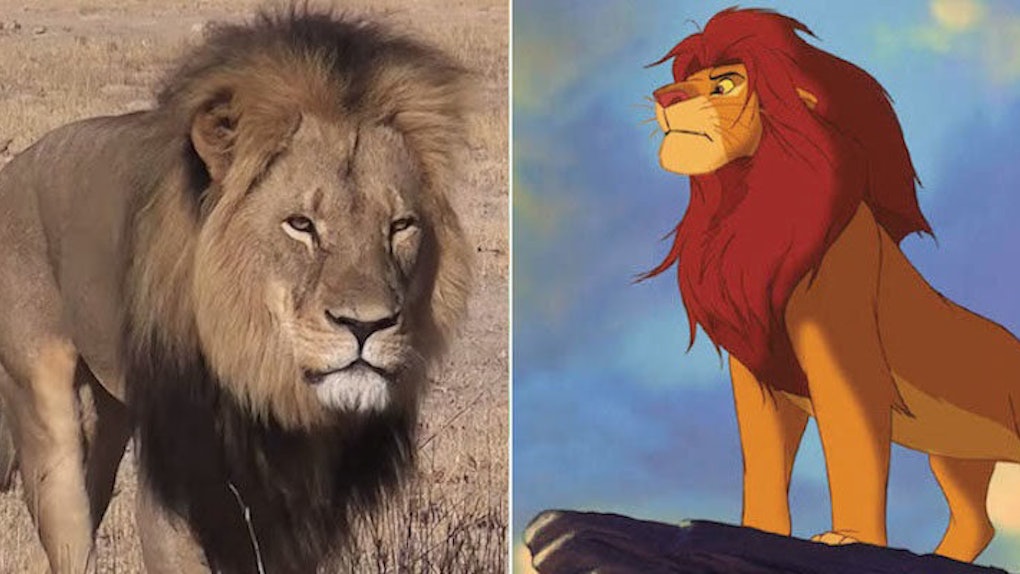 Why Americans Mourning Cecil Is Ironic For Zimbabwe

“We Zimbabweans are left shaking our heads wondering why Americans care more about African animals than African people,” Goodwell Nzou writes for The New York Times.

The death of the "beloved" lion, Cecil, has been making waves through the Internet. To be completely honest, "waves" is a severe understatement; this has been a tsunami.

Last week’s news highlights included Sandra Bland, a possible piece of the plane from the missing flight MH370 and the death of a Memphis police officer.

If you do not actively peruse news sites, the only story from last week you were aware of was the brutal killing of Cecil the lion by an American dentist from Minnesota.

Did you catch Jimmy Kimmel choking up on national television talking about the subject, as though it was a member of his own family?

Across every news site, social media platform, television and radio station, Cecil’s name was in lights.

The media had the exact same reaction to this death of an animal from a country thousands of miles away as it did when it first saw the death of Mufasa by Scar in "The Lion King."

I understand lions are an endangered species, one that should be preserved, but to be romanticizing this animal and putting down its killer to be some spawn of the devil is not a way to approach the situation.

In the same New York Times article, written by a rural Zimbabwean, it states that in Zimbabwe, “We don’t cry for lions.”

In short, Nzou informs Americans and the rest of the world of what we already know: Lions are natural-born killers. It is hard for Americans to grasp this due to the fact we do not have lions roaming around New York City or the like.

We hear this lion has a name so we just think of it as some character from a movie.

Cecil is not Simba.

It is a tragedy that another endangered animal was killed, but why are Americans more concerned about an African animal than an African?

This coincides with the American need to pretend to care about an issue in the world in order to feel better and kind of "give back."

Cecil the Lion has garnered more media attention in the United States than it has in Zimbabwe.

The fact of the matter is, rural Zimbabweans fear Lions because they pose an actual threat to their lives.

“When I turned on the news and discovered that the messages were about a lion killed by an American dentist, the village boy inside me instinctively cheered: One lion fewer to menace families like mine.”

Nzou exclaims his excitement in a way an American would exclaim his or her excitement about the death or capture of a criminal.

Many Zimbabweans live in the actual wild. The wild is not just a patch of woods that some guy having an existential crisis moves to when he chooses to leave his privileged life to live off the land.

It is a real place that has victims and predators. In Zimbabwe, the lions are the predators and the village people are, more often than not, the victims.

Where is the real story here?

While you may be romanticizing this idea of safari animals, I hope you realize this is not just a Disney movie, and is an actual reality for millions of people.

Children, parents and elders are not safe from these naturally vicious animals.

So while you are planning a charity gala for Cecil to garner your next few Instagram posts, just know some villagers may have deemed him as their favorite, but many more have feared him and many more like him for their lifetime.