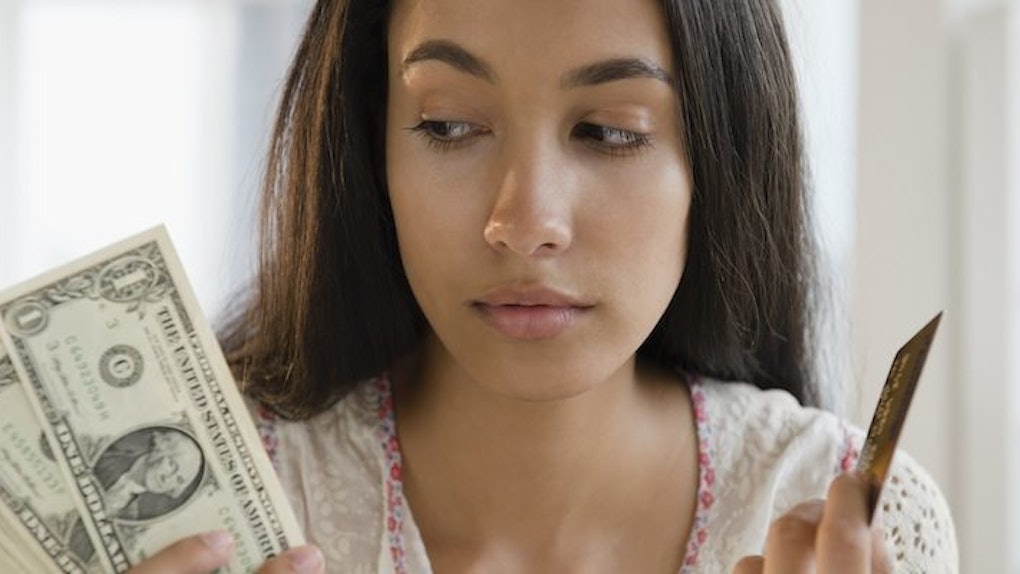 Americans are a lot better at spending money than they are at saving it.

According to TIME, a new survey released by Bankrate found nearly one in four Americans have more credit card debt than emergency savings.

The number of Americans who have more savings than credit card debt is down 6 percent from last year at 52 percent.

These findings explain why, as Bankrate learned in a previous survey, just 38 percent of Americans have enough emergency savings to be able to cover sudden needs to spend between $500 and $1,000.

The earlier survey determined Millennials were the least likely age group to be able to cover a sudden expense that high.

However, the new research suggests Millennials are finally trying to save money, despite still not making enough of it to have ample savings.

Bankrate chief financial analyst Greg McBride called the new findings a "testament" to the Millennial tendency of having an "aversion to credit cards."

That aversion is arguably due to the still-lingering financial crisis, which made many Millennials extremely cautious about investing, accruing debt and simply spending money they don't have.

The new survey, additionally, revealed there are currently fewer Americans with credit card debt than at any other time since Bankrate began collecting this data in 2011.

If you're faced with high credit card debt, as well as a lack of savings, TIME has a few suggestions for what to do. First, it's probably best to pay off that debt before your interest rates get even higher.

But as soon as you have the opportunity, financial experts recommend setting aside a small amount of money for savings since it's wise to have at least three months worth of expenses saved up just in case.

That savings account will also grow at a rate that could surprise you if it's in a bank paying above-average interest.

For those who can't seem to avoid accumulating credit card debt, it might be a good idea to get balance transfer cards, which give you set amounts of time to pay off debt with no interest involved.