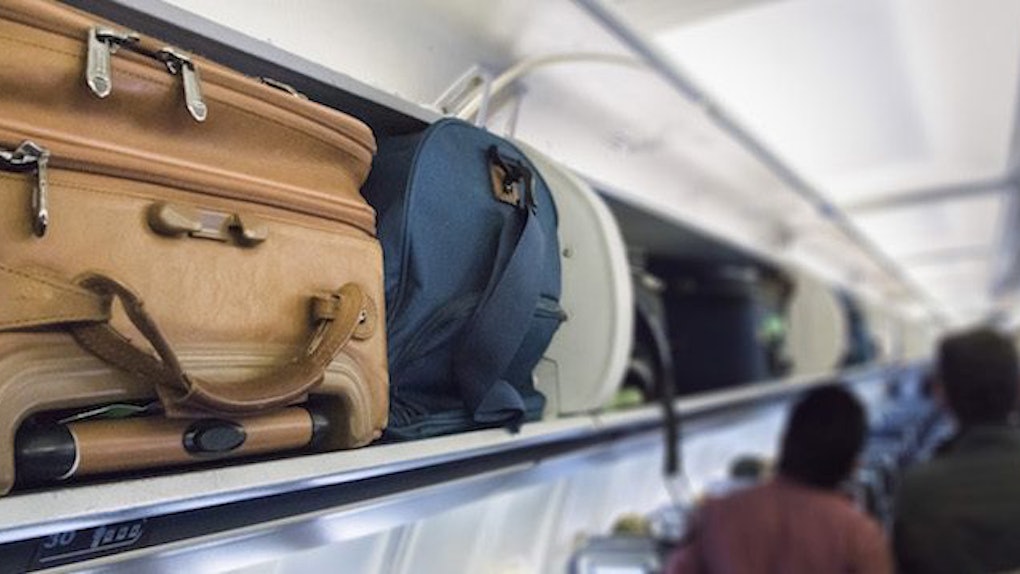 A couple of weeks ago, I was on an airplane when a man behind me, trying to load his bag into the overhead bin, managed to drop the thing right on my head.

Being a polite British gentleman, I didn't get mad at all. In fact, I probably apologized to the jerk who dropped the bag as if it was my fault or something.

Luckily for me, it wasn't too heavy, but it was proof that the overhead lockers for carry-on bags are just dumb in every way.

Then again, this could be a classic case of "you don't know what you've got until it's gone" — because a new option will make things much, much worse.

If you choose to fly on American Airlines' new Basic Economy tickets, you won't even be able to touch the overhead bins, let alone bring a big carry-on bag with you.

But, on the plus side, the new tickets, set to be launched on February 10, will be much cheaper than standard economy tickets.

At the moment, it's unclear how much you'll save by choosing them over regular tickets.

American Airlines now has something to offer every customer, from those who want simple, low-price travel to those who want an ultra-premium experience via First Class.

Which is all great, obviously, but flying anywhere without a carry-on bag sounds pretty miserable.

What you will be able to take is a small personal item that fits under the seat in front of you, so that's nice.

Basic Economy tickets come with the same seats, entertainment and snacks as those enjoying the high life in standard economy, but a bag isn't the only thing you'll have to sacrifice.

There is also no seat choice, no option of changing or refunding your flight and you'll be the last to board.

Suddenly, turbulence is the least of your problems.