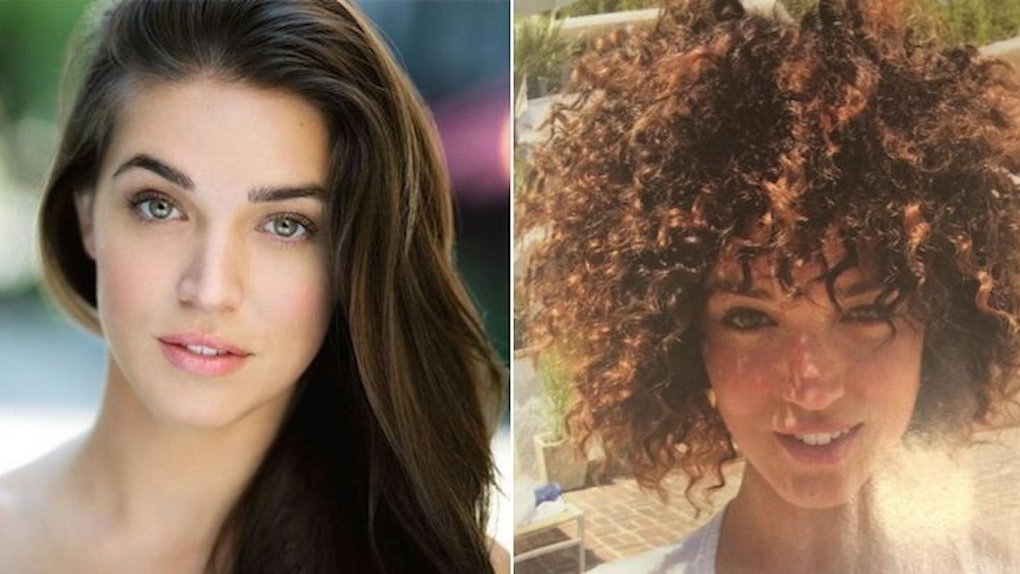 People are claiming Allure magazine is guilty of cultural appropriation after it used a white model for an article on how to style your hair in an Afro.

Allure's August issue features an article called “You (Yes, You) Can Have An Afro.”

Many are angry at the magazine's choice to use a caucasian model for the piece.

The model featured is Marissa Neitling from TNT's "The Last Ship."

People are pretty angry at Allure for running the article with that picture, and some took to Twitter to voice their complaints.

They love black culture and hate black people. Write an article about an AFRO and use a WHITE woman. That's dumb. @Allure_magazine — ❤ Integrity Jones (@noiresbella) August 3, 2015

The Afro hair style has strong roots relating back to the Civil Rights Movement. During this period, it began to be seen as a symbol of black pride.

But, the writer does not even reference the hair style's cultural roots.

NO, @Allure_magazine ,white girls WILL NEVER get the power of the afro, no matter how you try to appropriate our culture. #blackbeautyisours — Tayé Foster Bradshaw (@lattegriot) August 3, 2015

@Allure_magazine everyone can have an Afro? Really? Yall really need to get your facts straight & stop the cultural appropriation. — Sherneezus (@ShernitaSOfly) August 3, 2015

Some were surprised Allure's editorial board thought this wouldn't be an issue for readers.

.@Allure_magazine, why would you ever in your life think this was okay? pic.twitter.com/z4dEuiDmzM — Olivia A. Cole (@RantingOwl) August 2, 2015

Instagram was also flooded with angry users calling out the magazine for its controversial article.

Of the article, Instagram user afrochicas said, "This is a perfect example of when a staff has no Diversity on their team to tell them to rethink their delivery."

Everybody wanna be black but nobody wants to be black.

Allure defended its actions to BuzzFeed. The magazine said,

The Afro has a rich cultural and aesthetic history. In this story, we show women using different hairstyles as an individual expressions [sic] of style. Using beauty and hair as a form of self-expression is a mirror of what's happening in our country today. The creativity is limitless — and pretty wonderful.

People don't seem to be buying the explanation.

@Allure_magazine Your explanation is bullshit. Yes, the afro has history...of being the genetic feature of a group of marginalized people. — Kristen Muldrow (@krismuldrow) August 3, 2015