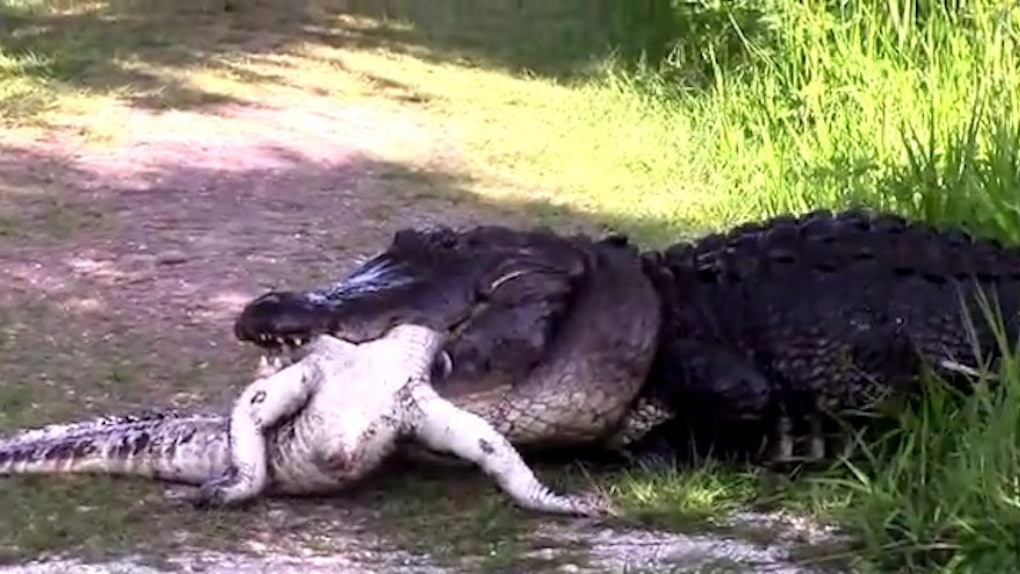 This Huge Alligator Eating Another Alligator Will Blow Your Mind

A gigantic alligator was filmed eating a dead member of its own species at a nature reserve.

The aftermath of the attack was witnessed by several people at the Circle B Bar Reserve in Lakeland, Florida earlier this week, according to Huffington Post.

Footage filmed by Alex Figueroa shows a gator estimated to be 11 to 12 feet long munching on a much smaller alligator before carrying its meal to another location.

Local news station ABC Action News reports it's common for alligators to become cannibalistic during their mating season, which runs from March until mid-June.

What alligators will typically do is they'll take that animal and stuff it some place for a week or two until it gets nice and soft and they can tear it apart.

Visitors reportedly saw multiple instances of alligators attacking each other at the 1,267-acre Florida reserve over the past few days.

Those reports, however, may have involved the same gators fighting at different locations.