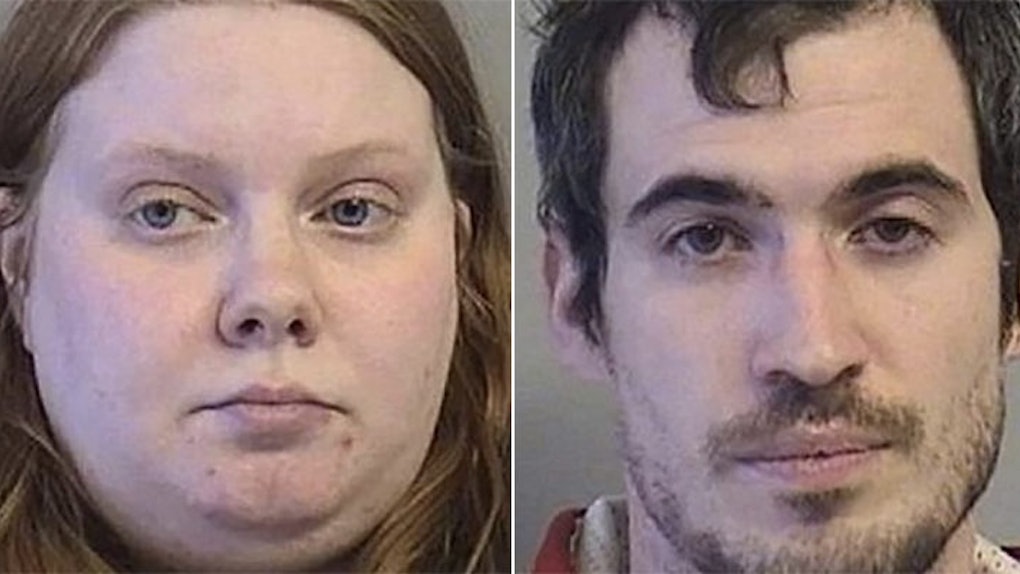 Parents Arrested For Abuse After Maggots Found On Child

Nurses in Oklahoma have described causes behind the arrest of two young parents as "the worst case of child abuses they had seen." And still, the description doesn't adequately capture just how sad the details of this story are.

According to NBC affiliate KJRH, one nurse tearfully told police that a maggot crawled out of one of the child's genitals.

That same nurse also reportedly told police that there was feces in one of the child's ears. As for one the child's physique, she likened it to a skeleton's.

Officers would eventually interview the two parents, 25-year-old Kevin Fowler and 24-year-old Aislyn Miller, before arresting them for the treatment of the twin infants, KJRH reports.

The incident occurred on Saturday in Owasso, Oklahoma, where police were called to an urgent care center to investigate a claim of child abuse.

According to ABC affiliate KTUL, police found that the children had major diaper rash and bed sores.

When police decided to question Miller and Fowler in an emergency room, the parents admitted the severity of the children's condition, but also claimed they didn't have health insurance and therefore did not know how to get medical care for their kids.

Police also visited Miller and Fowler's home and found that it was in "pretty poor condition," according to CBS affiliate KWTV.

According to pediatrician Dr. Scott Cyrus, the condition of the children's skin was a function of that untidy home. Cyrus told KWTV,

When it's really not clean and having difficulty keeping the child clean, that's what causes the skin to break down. When you think about animal feces, food packages not thrown away, all properly, all of those things draw bugs into the home.

Fowler and Miller are being in Tulsa County Jail on $50,000, KTUL reports.