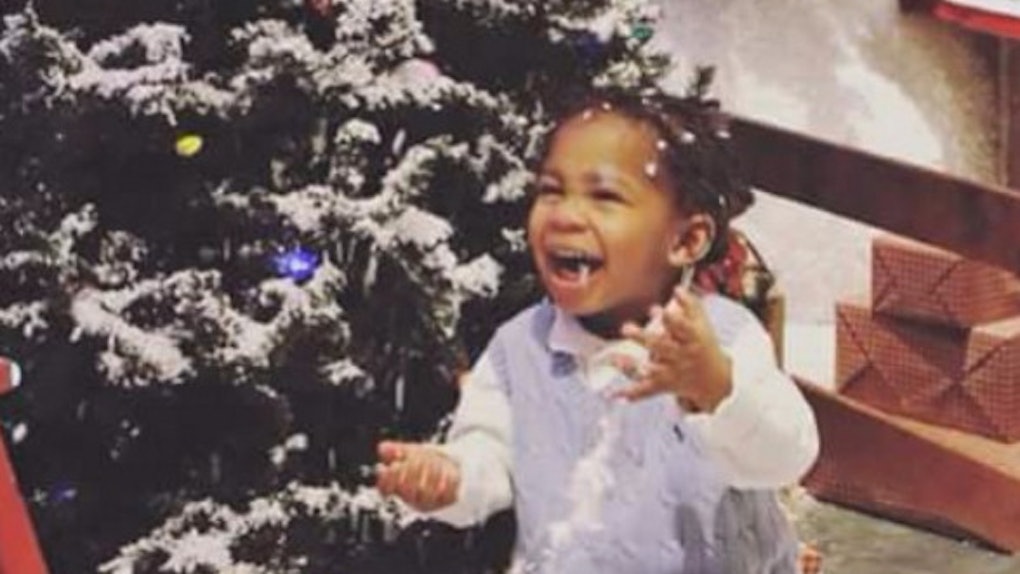 A distressing 911 phone call has been released by police of the moment a grandmother told how her grandson had been shot in a road rage attack.

Acen King, age 3, was killed when a gunman lost it on a stretch of road in Little Rock, Arkansas, on Saturday.

In a horrifying call to emergency services, his grandmother Kim King-Macon, 47, is heard crying,

Acen has been shot! Oh my God!

Kim had driven away from the altercation at a stop sign and did not realize Acen had been shot in the immediate aftermath.

The grandmother was aware the man had fired a gun but thought it was aimed in the air in a bid to scare her off.

She only discovered the gunshot wound when they arrived at a shopping mall nearly 10 miles away.

The call to 911 came from another woman in the shopping mall parking lot. She tells the call handler,

A woman is saying this little kid's been shot. She says she was getting him out of the car, and that is when she realized he was shot.

King-Macon can be heard wailing in the background.

The shooter is still at large and the FBI has been called in to help track him down.

Police are offering $40,000 to anyone who has information leading to the capture and conviction of the wanted man, believed to have been driving a Chevrolet Impala.

That is very, very frustrating to our police agency as it should be to our community. We cannot have a community where the least protected among us, being infants, are dying [in] senseless crimes.

A Go Fund Me page has been launched for Acen King's family.

A 2-year-old girl was killed while sitting in the back of the car in a drive-by shooting on November 22 in the same area.