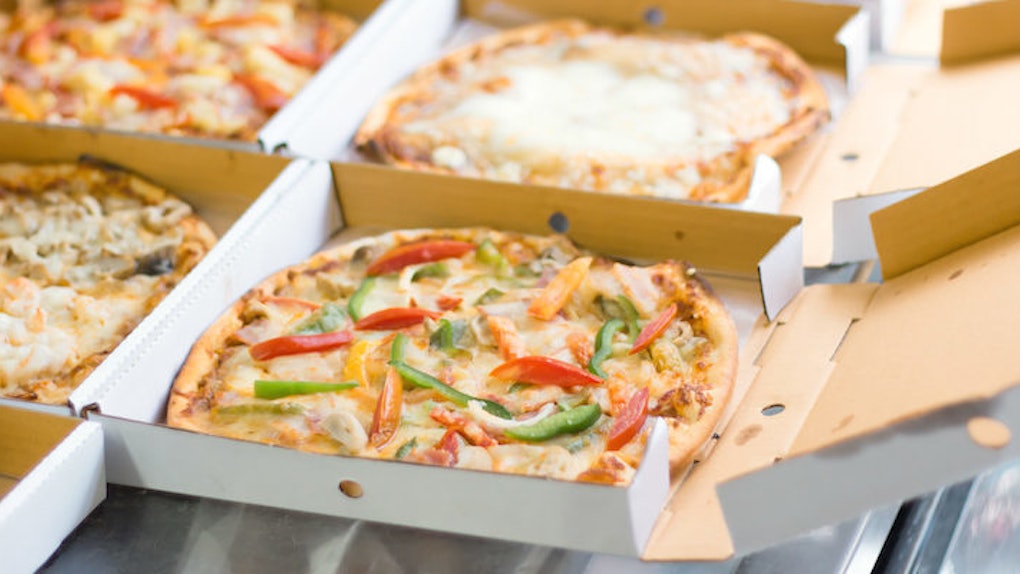 800-Pound Man Orders Pizza In Hospital, Gets Kicked Out

An 800-pound man seeking weight loss treatment was recently kicked out of a Rhode Island hospital — because he ordered a pizza.

Steven Assanti admitted himself to a hospital in Cranston, Rhode Island nearly three months ago for treatment of his eating addiction.

Doctors had hoped to drop Assanti's weight to 550 pounds, at which point be an ideal candidate for gastric bypass surgery.

But when Assanti ordered a pizza to be delivered to his hospital room — thereby violating the terms of his stay — Assanti was kicked out. He's now living in his father's SUV.

After he was booted, Assanti's father, Steven Veillette, sought professional care for his son, but laments, “nobody seems to be [able to] help me.”

He's making a plea to the public to help Assanti in any way they can, as his life is in serious jeopardy as it stands.

While it's understandable for a father to want what's best for his son, the hospital cannot be fully to blame.

If a drug addict brought heroin into rehab, they'd certainly be kicked out — and nobody would think to argue the legitimacy of that.

Instead, we should seek to eliminate the underlying causes of medical emergencies such as these by helping at-risk individuals access the educational and preventive tools they need to make informed and appropriate health care decisions.

Still, our thoughts are with Assanti, and we truly hope he is able to get the help he needs, and soon.