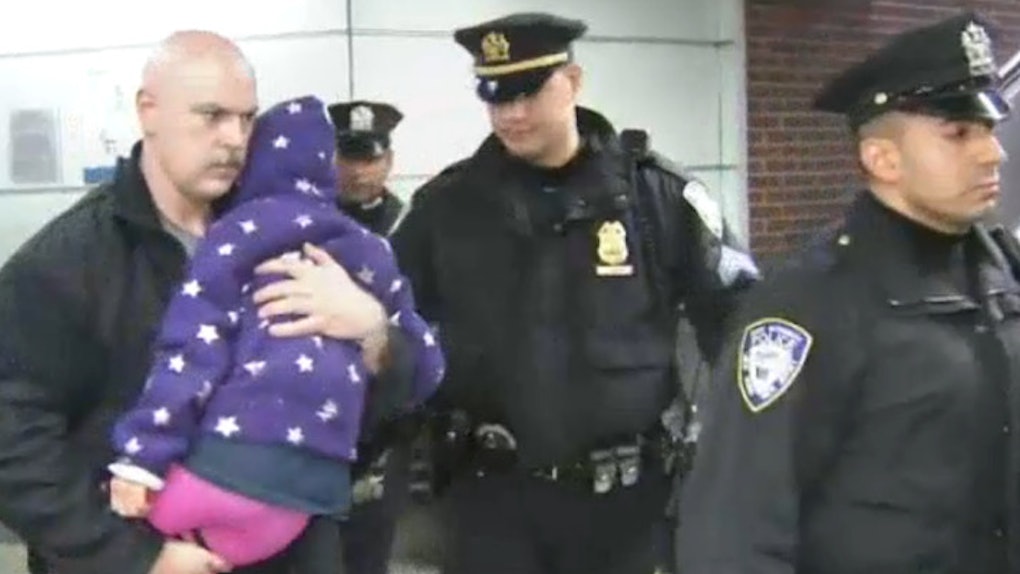 Police are investigating a possible "love triangle gone bad" after a 5-year-old girl was abandoned in New York City and her mother was found dead in her Connecticut home.

The girl, who spoke Spanish, was rescued by a police officer after passersby saw her wandering around alone in Port Authority Bus Terminal on Monday morning, reports NBC New York.

She told police she lives in Stamford, Connecticut. Officers then got in touch with Stamford Police.

They called us and asked us to follow up on that. Officers were sent there and located the child's mother decreased.

Police found her mother's body inside an apartment on Courtland Avenue. The mother is believed to have been in her thirties.

Police say she was killed some time between Sunday evening and Monday morning.

She had recently moved to Connecticut from New Jersey and had a few people over on Sunday for a small gathering.

NBC reports there was some sort of domestic dispute and guests left the party promptly.

Authorities are searching for Elmer Gomez Ruono, 32, who is the girl's father.

CCTV footage shows the pair walking into the bus terminal on Monday morning.

He is described as 5 feet 8 inches in height and around 140 pounds with long, black hair. He is of a medium build.

A Port Authority police spokesman said of the little girl,

She is unharmed. She is in good physical condition. Investigation continues.

Police sources told the New York Post it may have been a "love triangle gone bad" and they are treating the death as suspicious. However, no official has yet to rule on the cause of death.

Stamford Police and authorities from New York are working together on the investigation.

Meanwhile, officers are looking after the child until she is placed into care.