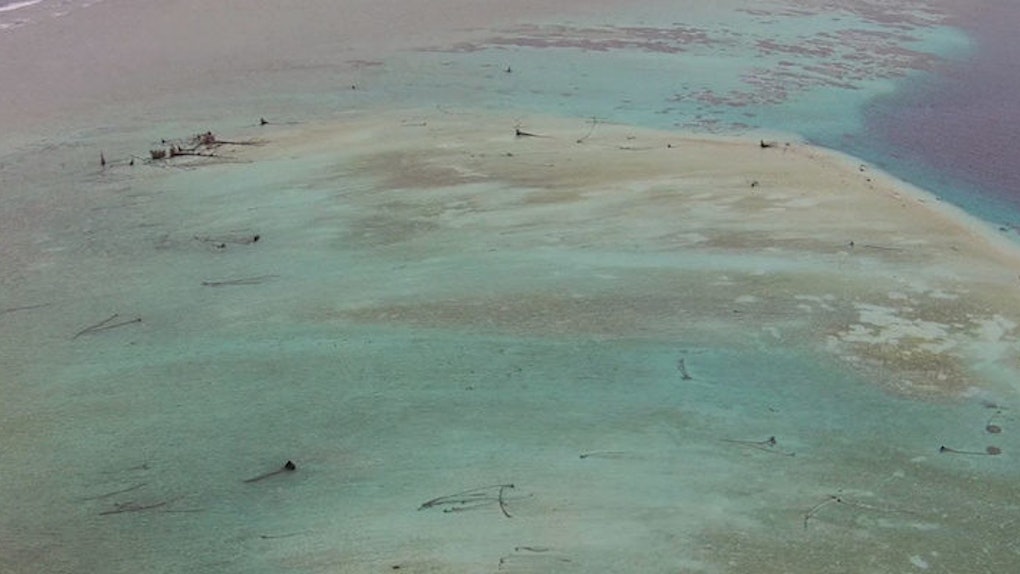 Five small islands in the Pacific are officially gone as a result of rising sea levels spurred by climate change.

Once belonging to the Solomon Islands, the newly submerged islands are just one example of the steep challenges facing not just this archipelago, but all coastal communities.

According to research published in the online journal, Environmental Research Letters, the area has experienced sea levels rising as much as 0.4 inches over the last two decades. While that doesn't sound like much to fuss over, half an inch can do serious damage for a low-lying island. While the recently wiped-out islands luckily didn't harbor human inhabitants, rising sea levels have washed away big chunks of land on six other nearby islands, decimating entire villages.

Nuatambu island -- a place 25 families call home -- has lost 11 houses and half of its land since 2011 all because of climate change. According to this latest study, the utter disappearance of these last five islands “confirms the numerous anecdotal accounts from across the Pacific of the dramatic impacts of climate change on coastlines and people."

Using aerial and satellite images of 33 islands dating as far back as 1947, scientists have been able to map how quickly climate change is altering the landscape. But nothing is as heartbreaking as the account from one 94-year-old Narara resident who was recently forced to relocate. As he explained,

The sea has started to come inland, it forced us to move up to the hilltop and rebuild our village there away from the sea.

Climate change is in our power to stop. Go here to figure out what you can do to be part of the solution.