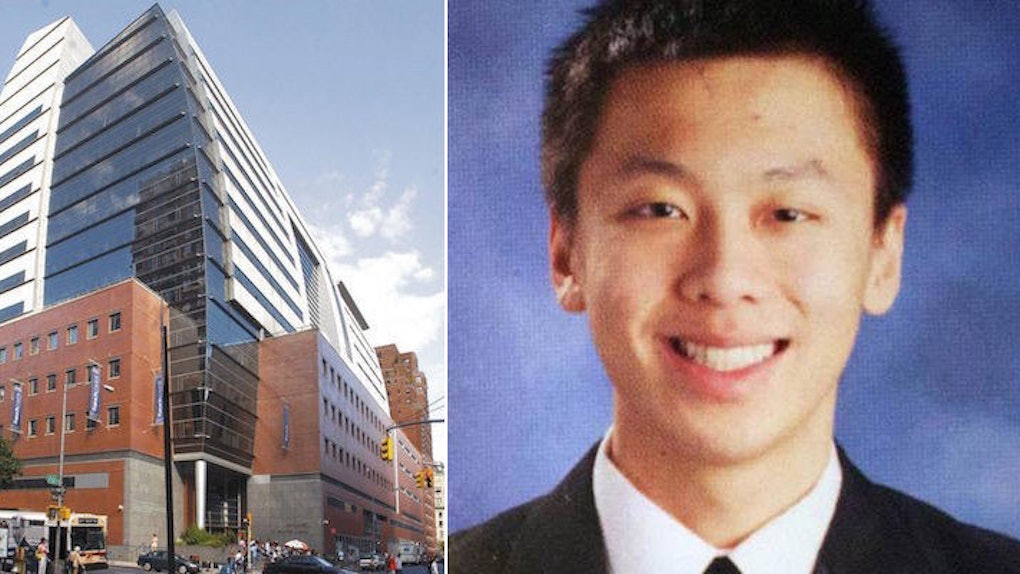 Dozens of members of a Baruch College fraternity face charges in connection to the death of a freshman in December 2013.

According to NBC News, 19-year-old Michael Deng died after engaging in a hazing ritual while on a trip to the Pocono Mountains with the New York City college's chapter of Pi Delta Psi.

Pledges were reportedly ordered to wear blindfolds and carry backpacks filled with sand across a field blanketed with snow.

Fraternity brothers also tackled the pledges as they partook in the ritual known as "glass ceiling."

Police said Deng was pushed, causing him to fall over, hit his head and black out, according to ABC News.

Fraternity members brought Deng back to their rented house, but instead of calling 911, they placed his unconscious body near a fire and searched the Web for information about his symptoms.

The fraternity members also apparently called the fraternity's national president and were allegedly told to conceal any items displaying the name of their fraternity.

Deng was taken to a hospital about an hour later, but he died the next day, according to Huffington Post.

In a statement Monday, police said,

Deng was subjected to repeated blunt force trauma which was applied to three different organ systems of the body to include the head, torso and thighs.

Police added, according to a medical examiner, the decision to wait so long before taking Deng to the hospital "significantly contributed" to the death.

Most of the accused face minor charges such as hindering apprehension and hazing, but five were charged with third-degree murder.

The national fraternity of Pi Delta Psi since cut its affiliation with the Baruch chapter, which was also banned by the college.

Too many families have been devastated as a result of fraternity hazing, with at least one student dying every year from hazing since 1970... Michael was a wonderful, beloved young man, and, in his honor, the family will also continue pursuing its wrongful death case against the fraternity to cause it and other fraternities to change so that other parents will be spared the loss of a precious child.

Further details regarding the charges may be revealed at a press conference later today.