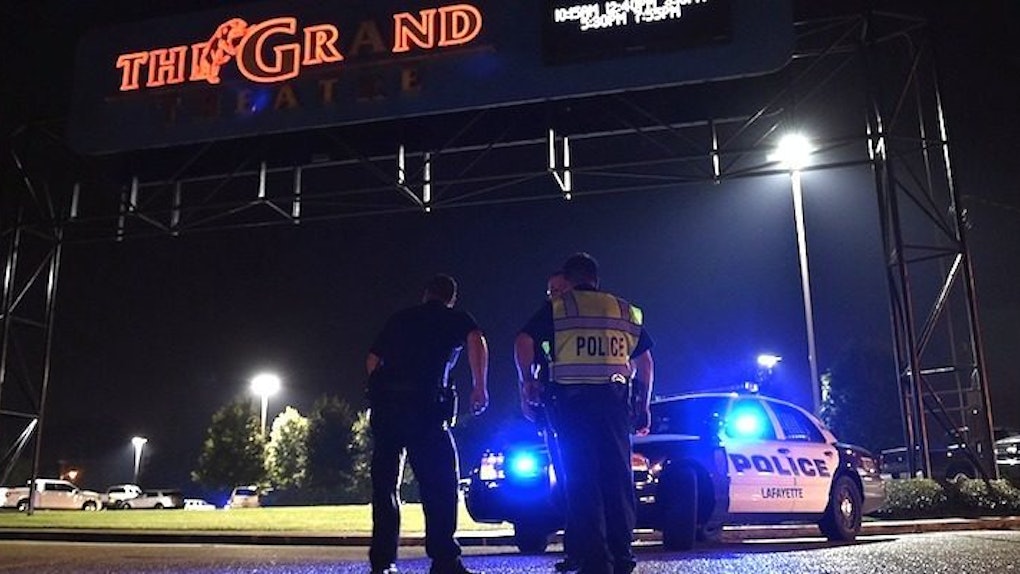 According to Daily Mail, the shooting occurred at the Grand Theatre in Lafayette during a 7 pm showing of "Trainwreck." Approximately 100 people were watching the movie.

Police believe John Russel Houser was completely silent when he stood up about 20 minutes into the movie and fired roughly 13 rounds out of a handgun.

It looks like he spotted the officers coming in and he turned around and he went against the crowd, and he fired a single gunshot. He was seated in the theater just like everybody else. The information we have at this time indicates that he was by himself, sat by himself and the first two people he shot were sitting right in front of him.

The deceased victims have been identified as 21-year-old Mayci Breaux and 33-year-old Jillian Johnson.

The condition of the injured, which consists of teenagers and senior citizens, is reported to range from critical to non-life threatening. One of them is "not doing well," Craft told CNN.

Amy Schumer, who stars in "Trainwreck," posted this tweet shortly after the tragedy:

My heart is broken and all my thoughts and prayers are with everyone in Louisiana. — Amy Schumer (@amyschumer) July 24, 2015

Houser has a criminal record but does not appear to have been arrested in many years.

Craft referred to him as a "drifter" from Alabama who had been living at a hotel.

Numerous wigs and pairs of glasses have been found in his hotel and car, which was parked near the theater's exit, suggesting he intended to escape, ABC News reports.

The quick response from police forced him to abandon the plan, however, and Houser was dead by the time four officers made it inside the theater.