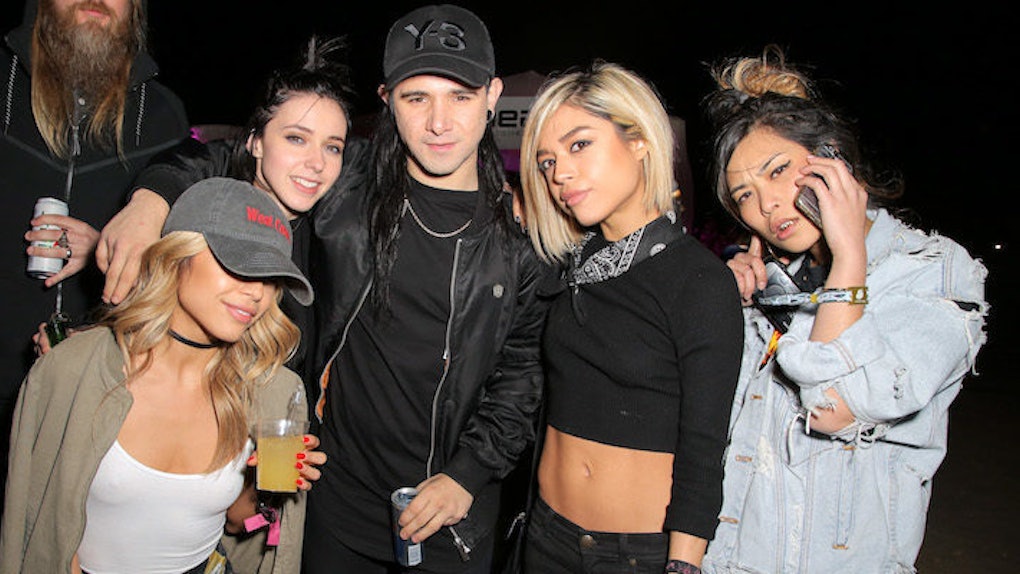 Music festivals are now more popular than ever, and giant corporations are picking up on this. What was once about bringing people together to celebrate live music has now become about the bottom line, driving prices to unimaginable amounts and capitalizing on a generation hungry for adventure and thirsty for close proximity to the trend.

They aren't alone. In fact, I'm included in this mix. I spent $400 on a Coachella ticket two weekends ago. Right after that, I bought weekend passes to Lightning In A Bottle and FYF in Los Angeles.

It feels almost routine to have a new music festival appear out of nowhere and shock us with another incredible lineup attached to an obscure, new brand name. Take Desert Trip in Indio, for example. It has the same venue as Coachella does. But the lineup includes amazing rock and roll artists like Bob Dylan, Paul McCartney and the Rolling Stones.

Right before that, Panorama kicks off in NYC for its first time this summer. Headliners include LCD Soundsystem, Kendrick Lamar and Arcade Fire.

Not only are these lineups getting better, but the venues are also getting bigger. They're challenging social norms by replacing the usual set up with more memorable live music experiences.

From Symbiosis Gathering (which takes place on a peninsula) to Burning Man (which is situated in the middle of a barren desert) I've witnessed incredible talent both partially submerged underwater and caught in the middle of a sandstorm. Our generation is hungry for the experience and adventure. We want a story we can later relive through both social media and conversation.

The organizers behind all these great lineups are incredibly aware. They're launching and branding these new festivals in such a way because they understand our generation as being one that prioritizes experiences over products. Concert tickets, backpacking trips and Airbnb rentals are now becoming more appreciated gifts than gaming consoles, fancy gadgets and physical products.

When people look back on our generation and the events that dictated large movements and trends, music festivals will undoubtedly be mentioned frequently. Here are a few of those extraordinary music festivals. They're guaranteed to be incredible experiences for both you and your Snapchat story (if you manage to get service):

1. Lightning in a Bottle

Produced by the DoLab — the creators of the infamous DoLab stage at Coachella every year — Lightning in a Bottle takes place in Bradley, CA. It continues to deliver incredible lineups and unparalleled vibes as it pays homage to its DIY roots.

It's right around the corner, and this year's festival headliners include Chet Faker, Jamie XX and Grimes.

Curated by Hundred Waters and Skrillex, this transformative music festival takes place in the alien landscape of Arizona's high desert micro city of Arcosanti. You can only get in by application, though. This music festival is 100 percent free and guaranteed to transform any pre-existing notions you had about musical festivals.

Headliners include Skrillex, Bonobo and Four Tet. The festival also has an incredible list of speakers, which includes esteemed architects, cinematographers and writers.

Desert Trip is Goldenvoice's latest project, and its weekend passes sold out just a few days ago. Its lineup reunites the world's top rock and roll musicians, such as Paul McCartney, Bob Dylan, The Who and the Rolling Stones.

Taking place on the infamous Coachella grounds, this show is quite possibly the last and only chance you'll have to catch artists of such magnitude all on one main stage. Good luck finding tickets.